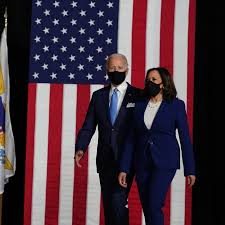 What happens next? It’s October, 2020! Chaos continues to ensue, what else?

While we’re experiencing Mars squaring Pluto and Saturn (aggression, war, power struggles) through October 20, we haven’t hit the confusion that will be Mercury retrograde (October 13 through November 3, Election Day!) Plus we have lots of other fun astrological, Earth-related and karmic things in store for us this month.

With October starting like a crazy-maker with Trump and half his people infected (okay, that’s an exaggeration—but wait for it), it might seem like the month roars in like a lion and then will end like a lamb (like March is supposed to do). Nope. We’re on a steady uphill climb of chaos that will lessen a week or so after Mercury goes direct in November, but will continue on through the end of the year. It’s just the degree of difficulty that changes. We’re still on a learning curve and it will take until December 21, the Winter Solstice, for us to realize those of us who made it through 2020 to graduate into a higher vibration, and those who didn’t.

Given that I have strong feelings on what I would like to see happen with Trump’s infection—which doesn’t involved Trump dying—it becomes difficult for me to see beyond my desire and impatience to get to the truth of things. And the fact is that the Truth Revealed and karmic ass-biting energy of the year coalescing in October is so complex, multi-leveled, and fluid, I’m not sure I could get reliable accuracy on it right now. Or I could be accurate for a whole day before the world changed again.

However, here are some things I think will happen:

More chaos coming up, so fasten your seat belts.

Stay calm and carry on. Or as Douglas Adams says in “The Hitchhiker’s Guide to the Galaxy”, “Don’t panic!”

Aquarian Age sensibilities are coming into play stronger and stronger every day. Observe the chaos, don’t buy into it.

We get through this. We’ve just been given proof of the higher energy that’s working with us to bring about change. Karma’s a bitch, right? It is for the individual it’s hitting but apparently not for everyone they’ve affected.

DISCOUNT THURSDAYS
I’m still offering Discount Thursdays until we don’t need them anymore. In case you didn’t get the post, all prices for Thursday (and only Thursday) readings are discounted until further notice:
Please book through my website (www.lauriejohnsonpsychic.com). If you pass this offer to others, ask them to book via my website instead of calling, emailing or texting me. I will just send them to the website anyway. If you want to see if I have a same-day cancellation, please text to 818-943-1027 (emails and voice messages about same-day availability won’t be seen or listened to in time, so texting is best).
As usual, these special prices will not be listed on the website, nor with PayPal. For payment, I can take your credit card over the phone at the time of the call, or you can go directly to www.paypal.com and pay my account (lauriecjohnson@yahoo.com).
DISCOUNT THURSDAYS ARE HEAVILY BOOKED, BUT THERE ARE STILL OPENINGS FOR THE REST OF THE YEAR..
FYI, I am only doing phone readings at this time. We are so not done with the pandemic and the chaos that ensues because of it (plus our fun Summer of Retrogrades), so just assume all readings are by phone until further notice.
Stay safe! Stay conscious! Stay healthy!

One thought on “WHAT HAPPENS NEXT?”