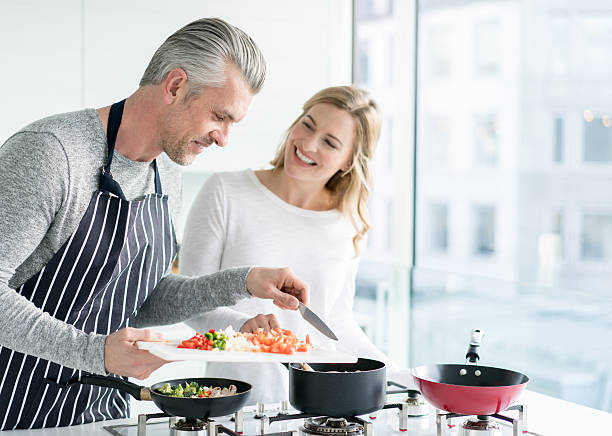 More than any other year, 2017 brought a lot of women to me asking about their future in love. They’ve had relationships throughout their lives but none of them were successful. These women are smart, self-aware, giving, loving, ready to commit and share equally, yet it never works out.

Part of that comes from people choosing to work on multiple romantic karmic relationships that normally would be taken on one-per-lifetime. But because we’re in this rare ending/beginning accelerated time, we can complete many romantic karmic contracts in the life we’re in now instead of focusing on just one.

Sidebar: completing a romantic karmic contract does not necessarily equal the relationship being traditionally successful. While we all want to find that one person who matches us and makes our lives complete, a romantic karmic contract, more often than not, is about dealing with a debt or helping someone we’ve loved in another lifetime learn something vital in this one, something the “teacher” has already achieved.

Whether the debt is dealt with or the lessons and growth are accomplished, our soul-awareness gives a limited amount of time to each of these relationships as we are all supposed to be working on self, too. So if the contract is not fulfilled because one of the two involved decides not to do any self-work, the other is not tied to him or her for the rest of this life. The contract will be taken up in another lifetime when more self-knowledge has been accomplished.

The other reason many relationships don’t work in the traditional way now is the shift in “power” that is happening as we move from one Age to another. The Piscean Age “power-over” is awakening into the Aquarian Age “power-within”. That changes not just the roles individuals play one-to-one, but on how we as human beings develop, evolve, affect each other and the world. Our overall growth of humanity starts with each individual.

In this case, in talking about love, the roles are changing drastically. No more “the male leads while the female takes care of the male”. That served its purpose. We’re moving into an equality of roles which means both lead in their own way with their own strengths, and both take care of each other. But because we’re still at the cusp of this new awareness, and people awaken and develop at different speeds, being able to have a satisfying, successful relationship, in the traditional way, is very difficult.

When romantic karmic contracts are involved, the pull to be with someone who hasn’t awakened or developed at the same speed can conflict with self-growth. Then a relationship that seems so simple in our hearts becomes incredibly complicated and, sometimes, impossible. But we don’t think about that when our feelings are involved and our expectations of what could be a sure future don’t unfold the way we thought they would.

A woman’s strength, instead of being solely used to support her man and her family or to just survive being in “a man’s world”, is now to “be all that she can be”, without limitation. Okay, we’re still working on the limitation part, but we are making progress. When talking about romantic relationships, “being all that she can be”, standing in not just her own intelligence and capability, but her own strength, can intimidate many men who are trying to hold on to the old ways. Or at least make the men uncomfortable enough in required self-growth to not want to participate in a relationship that can’t be “their way”.

Men are dealing with so much identity change right now. They not only have to face that they’re not in charge anymore (which actually takes a burden off of them), but they have to grow up emotionally. Emotional maturity was not required in the Piscean Age because women took care of that. But to be complete, to be a “human being”, not just a “man”, the vibe of the Aquarian Age requires equality not just with others but very specifically within – on all levels of who we are. That goes for both men and women.

It’s easier for women to stand in their own strength now because it’s been subjugated for so long, it’s like a hard-won freedom finally let loose. But it also can make them lonely. If men who are struggling to find their new identity get tired of the lesson, tradition says their women will take care of them. Not any more. But they still want that. Without it, they get lonely, too. While we’re all trying to lift ourselves into the new equality vibe, the programming from two thousand years of consistency in roles makes us still want the way it was, especially when we’re all handling so much.

Meanwhile, this journey is hard for men because they have to redefine what their strength means in a way many don’t want to. In the Piscean Age, a man had to be physically strong or unquestionably strong in sureness of his judgment and decision-making. That usually made men bullies, entitled, and self-righteous in very innate ways. As society expected that kind of strength from men, even if that was not the core of the individual, the role needed to be lived up to. From birth.

To go from “I’m in charge of everything” to “everything is equal” is a very hard journey because ego, identity, and self-awareness are tied up in it. Meanwhile, women are flexing their egos and their potential which sometimes means if they stand in their own strength, they have to do it alone.

While strength has been perceived differently in male and female roles over the last two thousand years, the new energy is not about who is stronger. It’s about being the strongest and best you can be as an individual human being. We all have strengths and weaknesses. The Piscean Age dictated how they were used. The Aquarian Age now opens us up to abandon those role-defining limitations and be appreciated for what we have to offer.

Unfortunately, regarding romance for both men who want things to stay the same and women who want to be recognized and appreciated in their new strength, we all take a hit while we are transforming ourselves and humanity.

But that’s just it – we are in the act of transforming. Those who “get there” first may be lonely in their deeper understanding. Then the desire to love and the action to get it helps them teach others (and learn more themselves) even if the relationship hurts while doing it. Love is teaching us how to best serve ourselves and others, how to stand in our own new identity of strength. Again, the answer is to find strength in who we are as individual human beings, not in gender-defining roles.

This may make us lonely for the moment. But it is worth it to finally get into any relationship, whether romance, family, friends, or business, when our individual strength is recognized and appreciated for the total human beings we are. When that happens, we grow and give all the more.

Balance is the key for 2018. Balance within. Balance with others. Balance with the world. Knowing our own “power-within” strength and standing in that for what it means for each individual – not due to societal expectations – is the key to bringing us into the new equality. With any birth, however, the process of getting there (labor) isn’t pleasant but once complete, is glorious.

Please have patience. We’re dealing with some huge changes and that takes time, stress and facing fears. But we’ll get there. It’s why we came into this lifetime. Even if it seems harder than we thought it would be, we all get there. Loneliness and lack of recognition and appreciation is just something we experience and get through while learning bigger lessons.