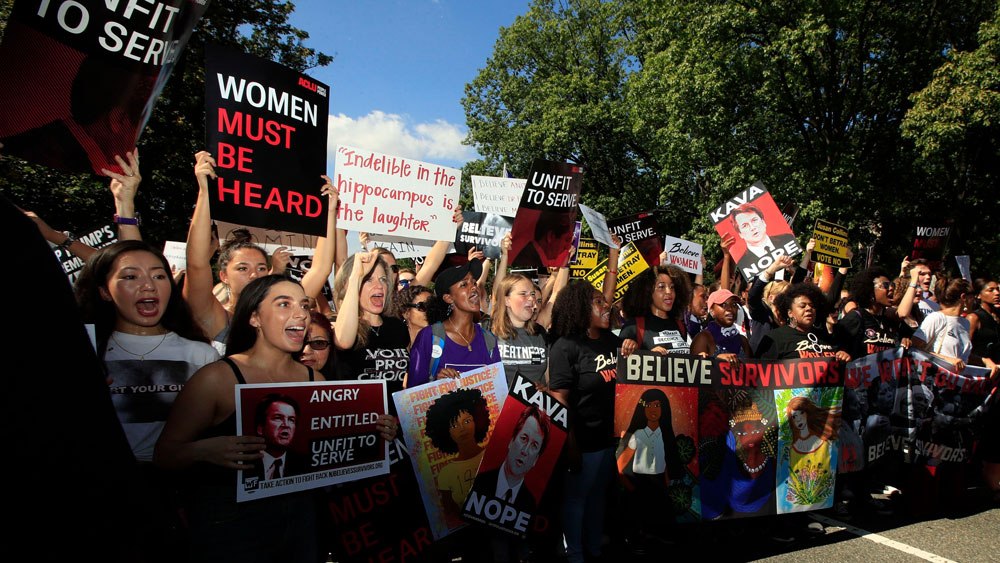 So it happened. Kavanaugh was confirmed to the Supreme Court.

While I am supremely disappointed in the Aquarian Age progress of our politicians (the macrocosm to our individual microcosm), specifically in Susan Collins and Jeff Flake, the confirmation has touched off a reaction that is similar to what was experienced in the French Revolution in the early 1800s. Take heart – look what that accomplished. While I don’t expect the bloodshed that was required to make change then, I do expect change to be made!

We are in the revolutionary time of Pluto in Capricorn until 2023/24. As I’ve mentioned before, the last time Pluto was in Capricorn, we had the American Revolution and those born during that time led the French Revolution. No matter how scary, disappointing or annoying this confirmation is, we’re right on track.

I feel this was a direct fear reaction of the Piscean Age holdouts to the Summer of Retrogrades and the lessons for the male energy to look inside, know self better and grow the fuck up. That wasn’t a request, it was a requirement. This action of circling the Piscean Age wagons will not hold. But if it was necessary to ensure everyone steps up, it serves a purpose.

A client told me that the confirmation and what I wrote about it last week scared her and made her depressed. I’m sorry, but facing the reality of what’s going on is not a bad thing if it promotes action to make change.

While I could not watch the coverage of the confirmation because it made me physically sick, I’ve heard that the old white men who crowed with their accomplishment of getting Kavanaugh seated now expect the midterm elections to go completely Trumpian, as if this was proof positive that their way is still the right way.

Yeah, not going to happen.

What’s going to happen is a backlash. Even the obnoxious smugness of Piscean Age holdouts like Mitch McConnell and Chuck Grassley can’t stop the wave of the Aquarian Age equality. This is going to cost them in ways their male superiority and righteousness can’t imagine and can’t save them. When next year comes, not only do we have a new Congress, we’ll also be in the energy of dismissing those who get in the way of evolutionary growth.

I read this on InstaGram this week, from “Lord of the Flies” author William Golding:

So while that was written with Piscean Age sensibilities innately assuming a woman’s “place”, my take is that you give women Congress. just see what happens. VOTE!!!!

And by the way, the Kavanaugh saga is no where near to being done. Stay tuned, it’s going to get uglier before it’s final. And “final” doesn’t mean he stays on the Supreme Court.

I offer this with love and gratitude (and unapologetic attitude)…