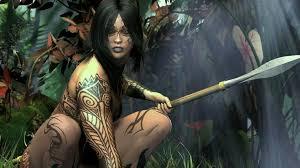 The eclipse this Friday, January 10, is a powerful one. That and the Saturn/Pluto energy from January 7 which reaches its peak on January 12, set us up with the path of change for this year, and give us an example of how we will achieve that change through personal revelation. Master Astrologer Gahl Sasson just posted this about the eclipse and the Saturn/Pluto conjunction and I thought I’d pass it along:

We are heading towards the eye of hurricane, the center of the whirlpool, the apex of the storm. On January 10 we are caught in the first eclipse of the decade, pitting the Sun in Capricorn opposite to the Moon in Cancer. Capricorn is associated with fear of survival, conservative and traditional mindset while Cancer symbolizes home and family as well as patriotism.

In addition to this powerful Lunar eclipse, on January 12 we experience the peak of the Pluto (death and transformation) Saturn (karma and hard lessons) conjunction. This conjunction takes place every 38 years approximately but last time it was in Capricorn was 250 years ago at the birth of the USA.

The assassination of Iran’s top general, Qassim Suleimani, who many suspected Supreme Leader, Ayatollah Ali Khamenie, was grooming to replace him, could be synchronized with the January 12 conjunction of Pluto and Saturn as well as the lunar eclipse. The last time these two planets came together was 1982 (hunger in Africa, Aids epidemic, recession) and 1946 (end of WWII and the establishing of the current capitalist, democratic and globalized world order) and 1914 (the start of WWI, the so called war-to-end-all-wars).

World War I, which started in a conjunction of Saturn and Pluto, was caused by another political assassination. The killing of Austrian archduke, Franz Ferdinand, who like Qassim Suleimani, was the heir presumptive to the throne of Austria-Hungary, activated a chain reaction of convoluted alliances between countries and empires which lead to a senseless war killing over 37 million people. WWI was a traumatic experience to the entire world, not to mention the deadly Spanish Influenza (Virus H1N1) that spread at the end of the war infecting close to a third of humanity and killing an additional 50 million people.

The coming together of Pluto (power) and Saturn (structure) tends to end political, social, and economical structures. World War I ended the age of empires, WWII ended fascism and gave birth to the Cold War and the Iron Curtain. We can expect a similar transition in the beginning of this new decade. It is not surprising that the Golden Globes awarded Sam Mendes’ movie on World War I, “1917″, the best motion picture category. This is what is called Zeitgeist, the spirit of the time…

The reaction in Iran was immediate. If a week ago there were anti-government protests popping up in cities across Iran, after the assassination, record breaking crowds swarmed the streets in an act of nationalistic solidarity. An Iranian reformist politician, Sadegh Kharazi, said he has not seen crowds this size since the funeral of the founder of the Islamic Republic, Ayatollah Ruhollah Khomeini, which happened last time Saturn was in Capricorn (conjunct Neptune), in June 1989. Iran’s leadership declared that their reprisal will be carried by Iranians directly. Since Uranus is now in Taurus, I would suspect there will be some cyber (Uranus) attacks launched by Iran on financial (Taurus) and other sensitive targets.

The eclipse of January 10 offers us an opportunity to let go of things we do not wish to have in our lives. This eclipse can be like a Ganesha, the elephant headed Hindu god, who removes obstacles. This eclipse can help you release emotional difficulties related to both career (Capricorn) and home (family). The eclipse can also remove obstacles that prevent you from harnessing your discipline, achieving your goals, and gaining success in your projects.

And this posting just came in from Lynnette Duncan @oracleofyoursoul, responding to the earthquake in Puerto Rico:

So unfortunate but not surprising as Pluto/destruction and Saturn/structure powerfully conjunct at the same time a sizable earthquake occurs creating devastating results in Puerto Rico. We can expect more earth shakes and changes as this energy grinds into the vortex dismantling ancient energetic templates.

We can pray/meditate for positive outcomes as we traverse this passage. Uranus/earthquakes is preparing a station direct on the 12th. I feel we must rise to the occurrence as it happens. Be a first responder, initiate groups and send, lend and provide support how and wherever you can.

Union is at hand. If Gaia forces that union, then so be it. This is our time to come together in all ways to heed the call to serve and to reveal the lies and deception that is being revealed.

It’s all happening in real time.

Do not be disheartened, we must rise and persevere in our community, each and every one and hold and carry the frequency and energy of resilience. We are greater than our fears.

Look forward with clear eyes, those who can. Lift others at this time in kind words, actions and deeds. Pray. Love. Serve. Support…Lynette

We sometimes forget we are all warriors. In the convenient times in which we live (admittedly not easy for everyone, but then again, there is perspective), we rarely get to meet our own inner-warrior. Only in emergencies does s/he usually come out. This year, we need to get our warrior on before we are forced to because we’re not only fighting for ourselves, we’re fighting for our world, our future and the future of generations.

This year is a challenge like none we’ve faced. Let go of fear and know everything that happens is necessary for us to get out of what doesn’t work to create what does.