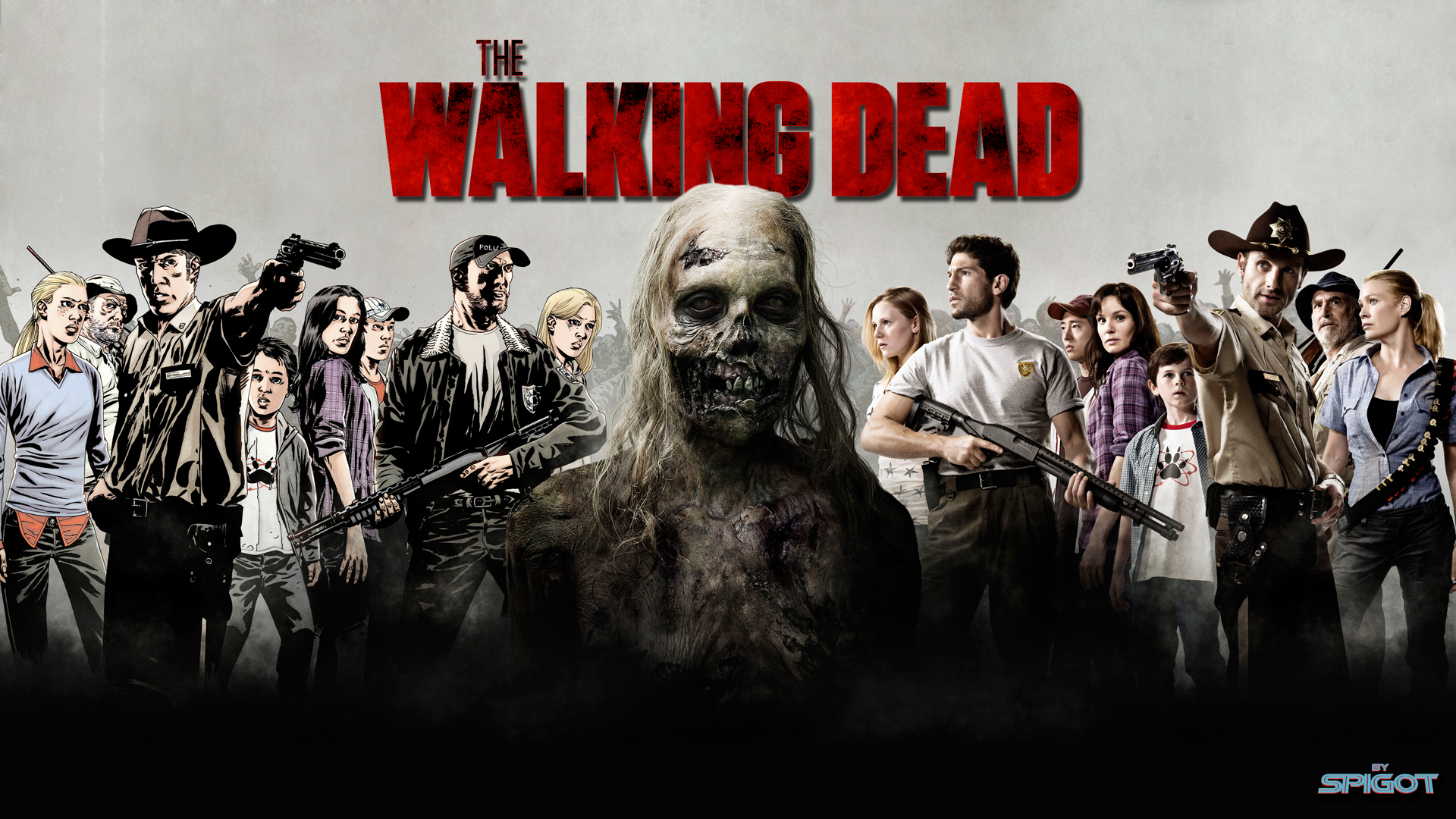 There’s a direct connection between the current spiritual development of humankind in our new Aquarian Age and the success of “The Walking Dead”. As strange as that may seem. Let me explain.

For the totality of the Piscean Age (and longer, but now I’m talking specifically about the last 2,000 years), mankind didn’t have to think about personal spirituality, individual awareness of our deepest selves or direct connection with Creator. Those heavy concepts were thought for us by organized religion. Whether that was Christianity, Judaism, Islam, Buddha-ism, Confucion-ism or any of their brothers or offshoots, we were inspired by a handful of divine men, then instructed by their representatives how to think, feel and understand Higher Source. Some were leaders and teachers of high integrity and purpose; some were driven by ego and greed.

The commonality was that what we knew about God, Jehovah, Allah or Buddha was found by going through these representatives. Little to nothing was self to Creator. There was group belief, not individually acquired spirituality. And that was as it was supposed to be – part of human development.

Let me backtrack to long before any Piscean Age lessons. We have always been spiritual beings. We all came from Creator. We were and are encapsulated, individualized souls – each of us a piece of that Higher Source. Our awareness of where we came from, our connection to Creator and to each other was hidden within ourselves so we would be driven to consciously relearn it.

From our beginnings, we understood our connection with Creator without question, the same way a child understands things in simplicity. There is no need for a child to consciously understand the concepts of Higher Source because Higher Source is just there.

For thousands of years before the Piscean Age, we developed and studied in other ways, exploring our personal power, our base nature, our freedom of ego and the destruction that came with it. Knowing where we came from and our spiritual connections became unimportant. We were going through a learning period as a child learns to destroy before learning to build.

Then came the Piscean Age, with it’s statement of “I believe” to bring us out of our self-involvement, out of our spiritual Dark Ages. The first step of our development was consciously learning of our connections by rote and memorization, as children learn. Hence the appearance of that handful of holy men and the creation of many prominent organized religions 2,000 years ago, give or take a few hundred years. For those religions that organized before that, the lessons of the Piscean Age still held true.

Yet there always comes a time in personal development when that rote-learning opens into enlightenment, like Helen Keller rediscovering her conscious connection to words after years in the “dark”. If you haven’t seen that moment played out in the Academy Award winning “The Miracle Worker” with Patty Duke and Anne Bancroft, please do. It’s stunning! And represents exactly what I’m talking about for all of us.

Now we’re at the beginning of the Aquarian Age that brings an opening to self and spiritual awareness, of realizing our connections not just to Creator, but to all life. And that’s a scary thing because it means we have to let go what has been accepted and comfortable for 2,000+ years on a deep level and step into a different way of being, thinking, feeling and understanding. In ways that are not physical but spiritual.

We’ve never had to face this kind of awareness before as humans. Every major human change previously was kick-started by a physical event – war, plague, genocide and the like. Until we get a handle on how to recognize, assimilate and be comfortable in this new way of being, we’re downright scared without consciously knowing why.

That brings us to the Zombie Apocalypse. With TV shows like “The Walking Dead”, “Falling Skies”, “Revolution” and the upcoming “The 100”, “The Messengers”, “The Strain”, “The Leftovers” and “The After”, not to mention the abundance of zombie, possession and supernatural thriller movies, we are inundated with concepts of fear based on supernatural (or spiritual) loss. The loss of everything we physically know. And especially the fear-based loss of who we fundamentally are at that core level.

Our energetic and vibrational world is different, just as our physical world would be different in a Zombie Apocalypse. And we’re being forced to survive it, learn from it and grow into a different way of being because of it.

Human consciousness is helping us deal with these changes by inspiring those with creative skills to bring this fear to the forefront via entertainment. Kind of like a therapist talking us through our fears by experiencing them safely in a comfortable office. All these shows allow us a release of that fear. If we express what we’re afraid of (even if it’s the mass experience of many individuals watching the same show), we can face it and overcome it. And if we do that while being entertained, we’re blissfully unaware of the important work we’re doing as it’s all subconscious. Which makes it easier to assimilate.

The glut of this kind of entertainment has happened every time humankind reaches a consciousness shift. The last time fear was dealt with so creatively was in the early 1950’s, We’d just experienced the devastation and stark new reality of World War II and moved into the terrifying Atomic Age. The horror films like “Them”, “Tarantula”, “Fiend Without A Face”, “The Thing from Another World”, “The Day The Earth Stood Still”, “The Beast from 20,000 Fathoms” and the Hammer horror and monster films were all methods of creatively expressing fear that helped us come to grips with it.

So now, as we need to adapt to this energetic and spiritual change, we have survival-in-the-face-of-losing-ourselves themes in abundance. And, except for some of the scary movies where the formula is that everyone has to die, there is a lot of hope in these shows. Although it’s inconceivably difficult, humanity always survives.

So next time you enjoy the fear, shock and grief of a Walker eating your favorite character or Carol having to kill Lizzie, realize that as you are being entertained, you are also being helped into an unconscious awareness of how to adapt in our Brave New World.