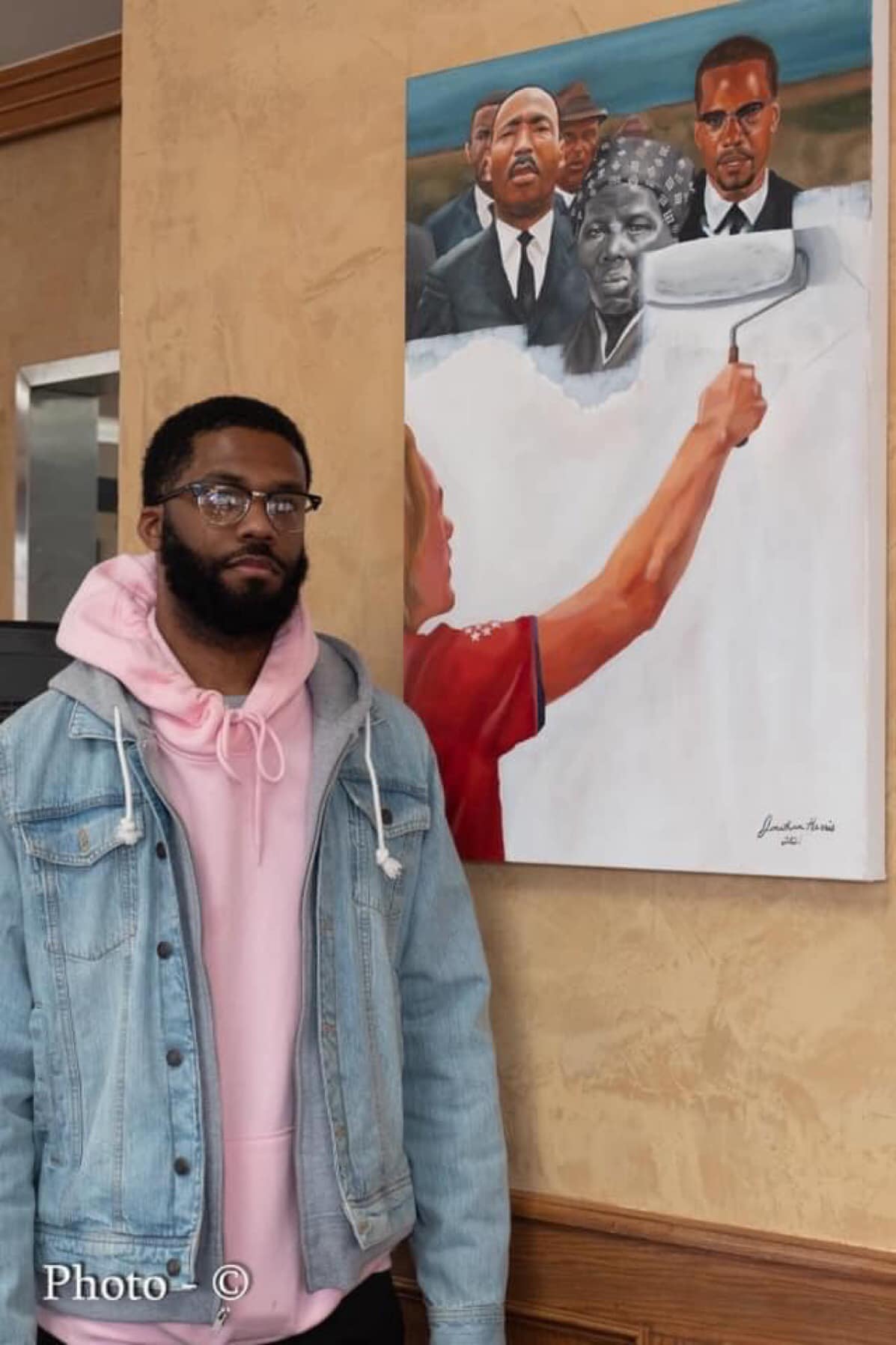 AND DISCOUNT THURSDAYS IN FEBRUARY

As we move forward in our advancement as human beings in this New Age, we are becoming more energetically aware and raising our vibrations to perceive more about ourselves, others and the world around us. Of course, there’s a learning curve with this kind of transition, and it’s not an easy one. While many came here to take part whole-heartedly, others came unprepared and are still having a hard time.

With all the young souls on the planet, that learning curve is unusually high and demanding because of the importance of the transition we’re in. They’re getting an accelerated, advanced course, teaching them more than they would have learned in several lifetimes. That makes it extra hard for them, so as children tend to do, they then make it hard for everyone around them by taking their frustration, fear, and anger out on others.

So even though they are really mucking up the works for the ease of this advancement, give them a little understanding on the overwhelming task they’ve taken on and are having a hard time completing. For many, it’s like being in seventh grade and finding out the work you’re required to do, have agreed to do, is Master Class university level and you didn’t realize it until you walked into class. Not being prepared doesn’t mean you get to skip the work.

While our rise in vibration and awareness is automatically happening as we adjust ourselves to the rise of the vibration of the Earth herself and the times we’re in, we may not be consciously aware of it as we have never been taught to pay attention to this version of ourselves.

When we aren’t aware this is happening, or can’t perceive how it affects us day-to-day, we not only miss out on experiences that can help us know ourselves better and cope with the changes, we can cause damage to self and others by not owning our own power. Most of us think only of how vibrations affect us (i.e., people being mean to us, getting a flat tire in a dangerous place, how we’re limited because the world was canceled due to Covid) without thinking of how we affect others.

Human beings are made up of seven levels: three physical and four energetic or vibrational. First is our physical body (our three dimensions because we live in a three dimensional reality), then our etheric body, astral body, mental body, spiritual body. And each of them have input into who we are, how we act and react, and how we affect others when we send our vibrations into the world. Our awareness of our whole selves is becoming more and more necessary for us to live in this new vibration.

Our actions have been dominated by our physical bodies during the Piscean Age, to the extent that the last several hundred years have been ruled so much by the need for physical proof that we’ve erased how we understood things with our other perceptions. But those other perceptions are opening up and we need to become consciously aware of them.

Here is an example of how we’ve used our physical body to act/react to things:

I worked for a brilliant florist once who was a flaming asshole. While he and his design partner did the most amazing wedding flowers – so beautiful they could make you cry – he was consumed with a great deal of anger that he felt very righteous about. He had a habit of calling information first thing in the morning to supposedly get a number. What he was really doing was giving himself an opportunity to argue and yell at the “stupid” operator because venting made him feel better. He did this on purpose to release his innate anger. It didn’t matter if he ruined the operator’s day or was putting that level of negativity out in the world (it affected me in the next room because his vibes were vile and made me feel uncomfortable, dirty, sad, and angry). But, it made him feel better. Obviously, I quit that job pretty quickly.

He used his physical reality to punish others for what he felt had been done to him in childhood. He simmered in his righteous anger, never healed the past and never thought how his extreme negativity affected others. A very young soul. People act like he did all the time automatically (i.e., bullying, for what they see is their own survival, at everyone else’s expense). They don’t have a clue how much damage they do to others and the general vibration of the energy around them. And with the rise in vibration, this energy of negativity lasts a lot longer than the immediate encounter.

We’ve seen this very clearly during the pandemic as it brought out the worst (and best) in people with little in between. While this is frustrating and dangerous, it also helps everyone see where we stand, where on the learning curve we all sit.

But as we become more energetically aware, this kind of action has deeper repercussions because, with the refinement of energy, we’re now feeling it on all levels of our existence. We always have (not to the degree we do/will now), but we’ve been taught to ignore it and that hurts not only us in being energetically stifled, but those around us as we put our hurt on others.

Another example of how out-of-touch we’ve been: parents who are having difficulty think they’re hiding it from their kids; “staying together for the sake of the family” when the kids are energetically aware of discord and bad vibes. Then the kids get confused when the words they heard about everything being alright don’t match the energy of negativity they’re picking up. So they learn to not be true to themselves and hide what they feel, because their physical reality is different than their energetic one and it’s what their parents want them to see. But they feel it and it makes a difference, short term and long term.

How about someone who has had a seriously bad relationship and has just met a potentially great guy? Her feelings and vibrations are all excited because of something new, but she also puts off vibes of fear, distrust, and anxiety because she’s waiting for the new person to act like her ex, to hurt her and leave her flat. The vibrations she gives off reach her new suitor and give him mixed signals that he might not consciously understand. We can easily sabotage our own reality by not being aware of the energy we put off and why we’re dong it.

We’ve lived in a society that doesn’t recognize feelings and vibrations because they can’t be physically “proven”. It’s only recently that nuance and innuendo within a toxic workplace is taken into consideration. If you couldn’t prove that someone was being a dick to you because a blatant comment wasn’t overheard by others, then it didn’t exist. But we are recognizing this more and more. Now it’s time for all of us to recognize how we’re feeling and how that affects others.

We can start by being aware how we perceive our own energy and recognize if we’re stuck in “it’s happening to ME” or if we’re aware of how we affect others. It’s always pissed me off when someone comes into a group setting and announces “I’m having a bad day” and then proceeds to be mean and negative to everyone around them as if saying it gave him permission to make others pays for his mood. Take responsibility for who you are, what you think and feel, and become aware how that affects others.

Our perceptions are expanding. That’s happening whether or not we’re aware of it. Start being aware of it. Nothing changes overnight, especially with the extreme negativity people are throwing off now in self-survival mode, but awareness is the first step. If nothing else, be aware the difference between being effected by others’ vibration and how yours effect them.

To celebrate and welcome in the 2022 New Year energy, I’m offering Discount Thursdays for the month of February. If you need a new start in how you look at things, maybe I can help. Let me help make sense of what’s happening and what’s coming in for you.

Here are the discounted prices for readings:

ONLY FOR THURSDAYS, ONLY IN FEBRUARY!

Please book through my website (www.lauriejohnsonpsychic.com). If you pass this offer to others, tell them to book via my website instead of calling, emailing or texting me. I will just send them to the website anyway.

As usual, these special prices will not be listed on the website, nor with PayPal. For payment, I can take your credit card over the phone at the time of the call, or you can go directly to www.paypal.com and pay my account (lauriecjohnson@yahoo.com).

As we are still being effected by Covid, all readings are by phone only.