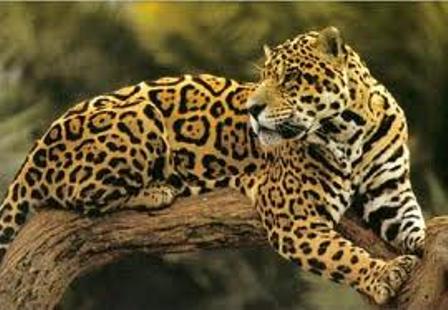 I’d like to talk about fear. The last several weeks have been filled with fear energy and it’s building. We’re in the thick of it, multiple levels of it, in ways we as humans have never experienced before.  Perhaps it will help if I tell you what I’m sensing.

We’ve been living through 2,000 years of fear being the main oppressive tool for the few to control the many. We’re coming out of that Piscean Age mentality and moving into the balance and heightened awareness of the Aquarian Age. But the transition, as we all know from current experience and as is usual with transitions, is never easy.

Fear has been the mindset within religion, government, business, finance, parenting and even relationships, through retaliation, deprivation, punishment, and being ostracized. It’s become such a part of our daily lives, such a part of our consciousness, we aren’t even aware of it. We’ve even become unconsciously afraid to be ourselves, which throws us out of balance. That’s been the past pattern and we’re still working through that.

Add on the fear of what’s happening specifically because of the 2012 transition, especially when we feel a change under our feet but have no conscious understanding of it. We can feel something’s happening but there’s no physical explanation like a world war or cataclysmic natural disaster to cause the feeling. And yet the fear is so strong now, it’s as if we’re living in either or both.

A lot of us are also recalling dread-feelings of times when we experienced destruction and loss in previous lives. If you think of how many wars we’ve had over the last 2,000 years, how many natural disasters we’ve experienced including epidemics, pandemics and famine, we’ve all lived and died in this kind of feeling and fear of destruction and loss multiple times. Whether we’re consciously aware of these memories from past lives or not, we still feel them. Even if we’ve never been taught about past lives and reincarnation in our culture or religion, we still hold the knowledge of our pasts somewhere deep inside.

These feelings/memories are surfacing inside us now because there’s a gut recognition in the current intense change vibration that was last experienced during a previous intense change. The last change was more than likely a physical destruction. And yet the fear vibe we’re experiencing now isn’t necessarily related to physical disaster. It’s just the closest explanation we can get that matches the feeling we’ve lived through before.

So we have fear that’s based in 2,000 years of lessons, fear of the unknown of what’s coming with this 2012 transition and fear from past life memories. That’s enough for anyone to deal with but it’s not all. Add in the fear we pick up from other people when their fear takes over and they desperately send it out into the world for someone else to fix it. If you have an iota of fear within yourself, the energy cloud of fear from others identifies with that and attaches itself – the piggyback affect I’ve talked about before – and all of a sudden, you have more fear than you can handle for reasons that don’t make sense.

We as humans don’t like the unknown. We fear the unknown. We fear change we’re not in control over. And these days, we’re experiencing fear because we feel we’re losing control over our world and environment when the truth is we never had any control in the first place. Creator as our teacher and the Earth as our schoolroom have allowed us to think we’re in control the same way parents let their five year old think he’s in control of things so he can learn responsibility and his place in the world.

The only control we’ve ever had is who we are and how we present that to the world. That’s the Aquarian Age “power-within” vs. the Piscean Age “power over”. And it’s one of our biggest lessons these days – know ourselves. Sounds familiar. “Know thyself…” was inscribed on the Temple of Apollo at Delphi before the Piscean Age even started. Not a new concept, but certainly right in our faces now and pretty much what I harp on when I talk about getting in balance.

So what do we do about our fears? We face them. That’s the simple and complicated answer. It’s not easy to do because there are so many levels. Therapists can work for years on fears and not always get to the bottom of them. And they’re being piled on freshly everyday. But, as always, I’ve got a couple of suggestions that might help.

Years ago, when I was a teenager, I read a book, don’t even remember the name, about two manly guys, friends, discovering a gold mine in South Africa in the late 19th century. One of them was caught in a cave in; it was days before there was a rescue. Afterward he found he was afraid of the dark, afraid to go to sleep. This strong, manly self-aware guy was afraid for the first time in his life. That didn’t suit him at all. So, alone, with a single lantern, he went back to the cave, put the light out and sat in total darkness facing his fear of the cave-in, his fear of death, his inner demons as long as it took for him to beat them.

I learned from that. Every time I experienced fear, from physical threats during the riots in Detroit in the ’60’s, later riots in my high school, to my personal fear of not being good enough, I basically looked my fear right in the face and said, “Come and get me, show me your worst.” Then I let my imagination, which is prodigious, show me and let me feel the worst case scenario. I found that I could live with that. And if I could live with the worst, I could definitely live with what was in front of me.

I admit so many past lives as a warrior gave me a leg up on all this fear stuff. But it’s possible for anyone to deal with their own fears, whether you need professional help to get to the deep fears or just need a different perspective for how to look at them.

The exercise I mentioned last week about sitting in darkness and letting your fears make themselves clear is one way of getting perspective, even if it doesn’t give you all the answers. Sometimes being aware of what you fear is half the battle. As you might have guessed, I got that exercise from the book with the guy in the mine.

Here is what has become my preferred way of facing my fears. I am purposefully paraphrasing a piece from one of my favorite novels, “Dune” by Frank Herbert. It’s how the hero was taught to deal with fear. Purists don’t need to write back telling me I got it wrong, I have chosen to eliminate a line and change a word or two for my purpose.

Fear is the mind-killer.

Fear is the little death that brings total obliteration.

I face my fear.

I allow fear to pass through me.

Then I turn and see fear’s path,

And only I remain.

A different take on the “come and hit me with your worst” concept. I’ve used this multiple times, even when I gave birth to my kids at home without drugs.  For that I substituted the word “pain” for “fear” but either way, it’s worked for me every time.

This may not work for you as well as it has for me, but find something that does.  We are coming out of that fear mindset of the Piscean Age but we may not be aware of that yet.  And our leaders, who are losing their control over awakening humans and the world, are perpetuating the fear to keep themselves in position (yes, I’m talking Republicans). Even on a daily basis, you can tell some people are riddled with fear because they have to control someone or something to make themselves think they’re secure.

Most of us have forgotten that we are fearless human beings.  I suggest you beat the crap out of your own fear and get ready for positive things to fill in the space in your heart.  Then we can find comfort in darkness, we find balance with our shadow selves and are able to rock this transition that requires us to know ourselves.

With love and gratitude…