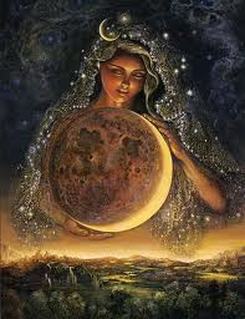 A couple things to know about 2021. Even though we experienced a whole new level of chaos in our first week of the year (see my comments on that below), there are many positive, hopeful energies helping us move into our new paradigm.

We started the year on a Friday, which is Venus day. That means the theme of this year is based on the power of love and cohesion, of gentle persuasion, balance, harmony and peacemaking. That includes the Arts, Nature, and a sense of aesthetics. Basically, it brings in the Aquarian Age. It may not seem to have been in play during the first week of the year, but we’ll see the energy of Venus surface more and more throughout 2021.

We also started the year in a waning Moon, from Full to New Moon, which is about releasing. So while we will be moving into that Venus/Aquarian Age energy, we will also be doing a lot of releasing this year. That energy helped fuel the great Piscean Age energy release that happened last week (again, see below) and will help us individually see and get rid of that which isn’t who we really are, but more what we’ve adapted to through necessity or society.

Instead of starting everything new on January 1, we were still in release mode and will be for a while, even with the New Moon coming this week (on Tuesday or Wednesday, depending on your location). We get a lift. This is the first New Moon of the new calendar year and will help us into new enlightenment. Be aware that the energy of 2021 doesn’t come in until February 11/12 with the Chinese New Year of the Ox and the astrological event that kicks off our Aquarian Age energy.

We’re also now in a five year. Five is the number of chaos but I’ve always seen it as chaos coming into order because nothing in our world stands still. It’s interesting that five is halfway between numbers one and ten, so this year is giving us decision time: Move forward up the ladder, or slide back. There isn’t a choice to stay where we are. And the number five repeats in our lives already. I’ve seen the first five months of the year are still in the time of Covid and that it’ll burn itself out at the end of the fifth month. And with the runoff election last week, we now have 50 Democrats and 50 Republicans in the Senate. So we get the choice again about moving forward or sliding back, microcosmically and macrocosmically.

What the general public doesn’t seem to realize or know is that we are now fully in the Aquarian Age! That’s a big deal! A lot of decisions that have been based on the Piscean Age “rule through fear”, “male entitlement” “power-over” mindset, are complete. In school, once we’ve finished a course, we typically don’t take it again. We move forward up the ladder of education, perhaps without being ready for our next step. But we move forward. So a lot of our fear of that Piscean Age mentality still having control is just left over from an Age that has already passed. Even though there are Piscean Age holdouts (and a lot of them were visible last Wednesday), humanity is moving forward whether they like it or not.

There’s also a common theme for the new year that has been in most of the readings I’ve done in the last several weeks. This year is a roller coaster ride, but the point of it is that most of us have pushed the car to the top of track on that first hill during all of 2020 and now all we need to do is sit in the car and lean forward. Don’t force, push, insist, just lean forward, and we start the journey that fulfills everything we need and want as we become part of the “we” getting out of the “me”. The trick is to trust that we’ve done the heavy lifting last year, so all we have to do is relax into how this year takes us.

The thing about roller coasters is that they usually come with screaming and fear, but people don’t get on a roller coaster to be scared to death if they can’t handle it. They get on it for the thrill. That’s where we are in 2021. And now, as it was last year and as it is in an amusement park, the ride is out of our control so enjoy it even though it may be scary.

What happens if we think that we’ve done everything we needed to do in 2020, even if we don’t consciously know that because we’ve been programmed into that “bigger, harder, stronger, faster ” mentality (the old Piscean Age paradigm)? What happens if we know that we haven’t missed anything? Because that’s where we are right now. Relax into self knowledge and awareness and into the hands of the angels because we did what we needed to do last year and now we are being given the clarity to know who we are and what we need instead of what we’re told we need. Let’s just move forward with what we already set up for ourselves, hard as that may be able to do. Trust that you did it. Now stop pushing.

Last Wednesday was some kind of day. We got the final totals for the long-anticipated Georgia senate race early in the morning and, against all odds and for the first time in history, a black reverend and a Jewish man represent the state (thank you Superhero Stacy Abrams!!!) But that Aquarian Age triumph was completely overshadowed by the attempted coup Trump and his followers made on the Capital Building to stop Biden/Harris being certified official winners of the election.

Without being aware that it was going to happen, I was aware of it. I’d been feeling an usually high energy of chaos for a couple of days leading into Wednesday. I didn’t know where it was coming from or why, but I rode it out because I figured it would make sense when the time came. Then it came on Wednesday and it made total sense. I spent the day trying to stay concentrated and channel the chaotic high in my readings, then I hit an exhaustion level I’ve never had before around seven that night. That’s stayed with me for days. That’s the release after the big last-ditch explosion that’s still going on (the release, not the explosion).

The news has covered this to the exclusion of everything else. And they should, it’s a very big deal. But perhaps not as big a deal as they’re making it. This was an attempted coup by an overgrown spoiled brat in his last effort to teach us The Great Negative Lesson. I’m sure he didn’t think of it like that, but that’s what it was. It was the explosive use of the left-over battery power stored when the Piscean Age nuclear fuel died on December 21. And the certification of election results was a focal point that was gave the explosion its opportunity. And it didn’t work. For all their seemingly organized chaos, the certification happened anyway.

Some are saying that the rioters were successful, and in a way, they were. They were allowed in (or broke in with little resistance, showing the levels of all those involved) and they controlled the Capitol Building for an afternoon. They were allowed to leave and very few were stopped or arrested (talk about white privilege). But arrests are now being made and investigations are taking place that will have more power when we change presidents.

On an energetic level, Trump lost power when the election was declared on November 7 last year. I could feel it, and see it in him when he finally showed his face after that. This attempted coup was when his followers lost their power. But look at what they really accomplished. It just brought these people out in the open and with social media and everyone having a camera, they are really out in the open. While there is fear that this is history repeating itself in how Hitler came to power (the parallels are astounding), look at what the rioters did. They broke into a building which they then occupied, they did some damage and then they left. While five people died, in other coups, hundreds if not thousands of people would have been murdered, usually those in power rioters were trying to depose.

Watch the video of those who made it to the House floor. What did they do? Even though many were armed and high on their accomplishment, they walked around without direction because their job was to storm the building, nothing more. Then what? There was no organization beyond that point because that’s how Trump thinks. A big show to get attention, then change the subject to get more attention. But these were regular Americans who are scared of Aquarian Age changes and it was their one shot.

This wasn’t like coups in other countries that are violent. It was a cosmic show to create change and bring in enlightenment, even if it’s forced on some who don’t want to grow up.

Take it seriously because there were armed people in our Capitol Building. But consider it on a bigger, Age to Age change. People who are stuck in the Trump mentality are really only stuck in their own fear. And while the Aquarian Age does bring a change of mentality, everyone will do well, even though who refuse to step out of ego and “me”. I look at it as The Great Negative Lesson teaching us up until the very last moment.

Wishing you all a wonderful New Year.