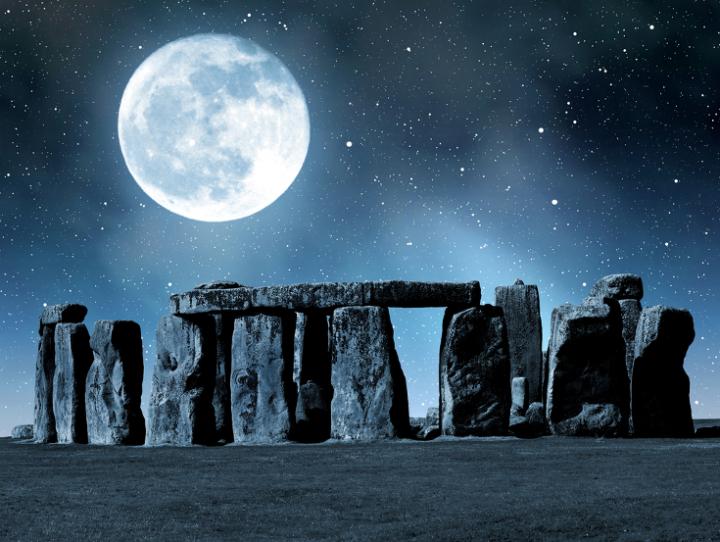 With Mars retrograde winding down, you’d think things would be getting easier. But the ending of most retrogrades usually gets more intense before it finally releases. And on Monday, June 20, we have a rare and powerful Summer Solstice with a Full Moon, which charges things even more.

So hold on until Mars goes direct on June 29 or 30 (depending on where you are in the country). In many ways, holding on without expecting things to go as we’d like is the only sane thing to do over the next nine or ten days.

Some of what people have been dealing with since Mars retrograded on April 17 are:

Just one of those situations would be enough to handle, but a lot of people are being hit with the whole package. What makes it so difficult this time around is that we started it with a Mercury retrograde chiming in (which has since gone direct) pushing us into exaggerated energy immediately. More importantly, we’re in a year of “a new plateau” requiring us to step into the Aquarian Age awareness no matter where we are in understanding it. That makes the Mars retrograde lessons all the more potent.

This is especially pronounced with our supposed leaders who are really arguing not with others who disagree, but with the Aquarian Age “threat” challenging their own identity and heightening their own doubt and fear. They’re just doing it in a really public way. But, surprisingly, that helps us all.

All bullies who lose their ground (i.e., now the changing of Piscean Age to Aquarian Age concepts) do this by protecting themselves at the cost of everyone else. They try to convince everyone they’re right because, deep down, that’s the only thing that makes them feel better.

But the idiotic, harmful and dangerous statements that are flying around right now, and are fueled by the discord Mars retrograde brings, really provide us with important awakening. Those who are so righteous in making these statements are only identifying themselves and their fear clearly to others, forcing others to clearly know where they themselves stand and what they must do.

It’s never a bad thing to achieve clarity, even if it’s forced by negative lessons.

Just know that the cycle of support that fosters exponential growth in fear traditionally builds and builds and builds until it overwhelms itself, bursts, and then falls back on itself spent and ineffective. Mars retrograde has been helping with the build. This has happened in history over and over. It’s a method we’ve developed to clear energy, even if we don’t know we’re doing it. It’s like a parent (Spirit) letting a child (or children feeding on each others fear or anger – us) throw a temper tantrum without interference until it wears itself out.

Luckily, Mars doesn’t go retrograde every year, nor will it hit us as hard in any of its next go-rounds. The next one isn’t until June 26, 2018 through August 27, 2018, which will be about balancing us in the new awareness. The retrograde we’re in now has had a completely different purpose.

In the Piscean Age of the last 2,000 years, with the male power-over being the main focus, we’ve come to identify ourselves not by who we are as human beings but by what we do for a living. Rarely when we meet someone in social situations do we ask about a spiritual path or a birthday but rather, “What do you do for a living?” Because what we do for a living has been defining us in both positive and negative ways throughout this past Age. That’s very male driven, with the men having the real “careers” that give them identity and importance (or lack thereof) while women have had their identity defined by their men.

Excuse the crudity, but during the last two and a half months, the lesson has been as if certain treasured anatomical parts of men have been put in a box on a shelf so the men can figure out how to be human beings without that identification. Most are having a really hard time with that and feel threatened in their identity, which makes them act out.

Not every man is so inclined, but enough are that it makes day-to-day living very difficult for everyone. And women are in their first life in 2,000 years where they can have a career other than being a nurturer or caretaker and are struggling to find their own balance while the importance of a career-centric society is changing under our feet.

So basically, lots of accelerated change going on right now is heightened by that fun Mars retrograde. That’s what’s been going on since April 17 and will for the next nine or ten days. But if we learn the lessons in front of us now, we won’t have to face them again.

Meanwhile, Monday, June 20 is the powerful Summer Solstice with a Full Moon, something that hasn’t happened in combination for seventy years and won’t happen again for another seventy. The Solstice itself brings change while the Full Moon brings release.

“A good ritual for this date would be to write (Sun in Gemini) on a white piece of paper what you want to eliminate (Full Moon) and, standing by a water source (Solstice), burn it (Sagittarius, a fire sign), and throw the ashes into the water so they can rise like a phoenix. It can be anything from a pattern, a substance, an attitude, a toxic relationship, or just self-doubt.”

Try this for yourself but also please write a list to help release the negativity and fear in the world. The energy of fear is high right now and, even though it will be released a lot with Mars going direct, it won’t completely stop until we’re done with the election. But know that we’re dealing with huge concept changes within humanity and if it takes fear to get people to “get with the program”, that’s our best course in making change.

So on a personal level over the next nine or ten days, observe rather than react and stay in patience and understanding. In the ease that July brings, relax and absorb the lessons we’ve just learned during these last two and a half months. Those lessons will come in very handy in bringing and maintaining sanity and growth throughout the rest of the year.