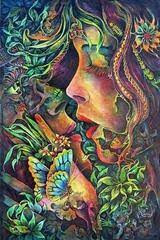 NO MORE DISCOUNT THURSDAYS AFTER MAY 31.

And a belated HAPPY BELTANE! to all us pagans out there.

I went to the grocery store yesterday (once every two or three weeks—I’m still in hermit mode) and found, as I have before, that pretty much everyone I encountered was so much in their own world, they were unaware there were others around them. That happened on the road, in the parking lot, in the store itself. I can’t blame them. We’re coming to the end of a really hard journey of letting go 2,000 years of a mindset and adapting and accepting another. In May, that may seem like it’s forced on us as it’s the end of the “growth of humanity” push that started in January 2020 and ends May 31, more or less.

While there will be enlightening and wonderful things coming to some people where it will seem like serendipity is happening everyday as we tap into true 2021 energy, May will be a challenge for many as it wraps up the 2020 energy. And as usual, if many are challenged, they will try to shove that challenge onto others. So even if you’re having a great time right now, stay quiet as people who are having a hard time will try to power-over you.

After the peace of a lack of retrogrades and planetary clashing over the last few months, now we come to May and it’s going to be very active. Master Astrologer Gahl Sasson has a new blog out as of last week called “My Oh My, What a Mayhem Month of May”. He lists planetary activity that is going to be affecting us this month, good and challenging. His information can help us deal with how we navigate this energy. Go to his website at www.cosmicnavigator.com to the Blog drop down section. His post wasn’t up as of the time of me writing this, but I’m sure it will be there soon.

As we come to the beginning of May, we may be feeling more exhausted than we’ve felt in all of 2020. This isn’t just Covid fatigue. That’s actually only a small portion of what’s going on. This time our exhaustion is because the Earth is moving her vibration forward and upward so fast, it’s hard for us to catch up and keep up. When we do, she levels up again and we have to follow.

Humans have to match the vibration of the planet or we feel out of balance on a very deep core level which makes us feel like we don’t belong. She’s giving us quite a challenge right now. It’s like running a marathon, but when we reach the finish line, exhausted, hot, sweaty, muscles aching but with a good sense of accomplishment, we look up and see the starting line for the next one just in front of us. There is no down time. It’s exhausting.

We’re not just still working on the growth of humankind until the end of May, which takes a lot of our unconscious energy, we’re also adjusting to the ever-changing vibrational lifts of the planet herself. And we’re being forced to learn a big lesson of releasing Piscean Age concepts (i.e., “bigger, harder, stronger, faster”) that no longer are in harmony to adapt to Aquarian Age concepts (“go with the flow”, “Let Go, Let God/dess”). And there’s a time limit. So it’s intense.

On top of that, as I’ve said before, we’re physically, emotionally and spiritually becoming more refined in our vibration, more sensitive, so we are more affected on all levels when there is turmoil around us. And there’s still a lot of turmoil energetically and psychically. That super-sensitivity makes dealing with the turmoil (fear, anxiety) put off by the Piscean Age holdouts very, very challenging. And exhausting.

It’s like we’re in the middle of a hurricane throughout the month. That gives us a very clear purpose between now and the end of May: survive! Yet survival doesn’t seem enough when we have so much that we’ve already set up in our lives we want to actively continue while we’re worried about money and work and if it’s safe to open everything up and if it’s safe to take a vaccine. That doesn’t include the bigger scale of world input, such as the new threats from Russia and what some in our own government are doing to stop the flow of Aquarian Age progress. We’re focused on the small things when much bigger things are going on. When we get easily tired of the small things, without realizing what’s happening, we can give ourselves a hard time because we just “shouldn’t” be that tired (there’s that dirty word again: shouldn’t).

So basically for the next month, take expectations down to survive! There is a time for everything else to come to fruition but it’s not now. With all the energetic shifting that’s going on pulling us this way and that, many times in ways that are not consciously discernible, give ourselves a break. We don’t expect to do our taxes or any other seemingly important yet pedantic activity while standing in the middle of a hurricane. We deal with the hurricane first, then everything else falls into place when it clears. This time it will fall into places that we may not have seen before. Everything may not come back with the same importance we once believed. And that’s what all this is about. A re-set. And May is the capper.

We’re breaking several innate, 2,000-year-old thoughts/beliefs/concepts right now, or at least all the turmoil and change around us is trying to help us break them:

The first is “male power-over”, the righteous “father-voice”, so catch yourself automatically listening to and accepting that voice whether it comes from inside or outside us. Trust your gut to tell you what’s true, not someone’s words that are for their own benefit. Hone your natural ability to feel the difference. Words and intentions have vibrations that we can perceive with our growing senses. Train yourself to recognize that. With our growing sensitivity, we can do that easily if we just allow ourselves to do it.

Second is the “bigger, stronger, harder, faster” mentality that keeps us on edge yet still striving for more, most of the time against our own intuition or what feels right for self. It’s that “You won the Academy Award yesterday, but what did you do today?” mentality that we’re never enough no matter what we do. It’s based on the old Piscean Age concept of “control through fear”.

Manipulative people do this all the time to stay in control by making us question ourselves so they can feel better about themselves. It happens with bosses, spouses, friends, relatives…whoever is unaware of their true selves and needs to feel superior. They do it by making us feel we’re not enough. And since most people don’t really know who they are, why they’re here and where they’re going, we can easily buy into manipulative control through 2,000-year-old fear. So, teach self to recognize it. We’re smart, but many of us have just not had to think in those concepts before. Having them thrown at us comes as a surprise and knocks us off our feet, but not for long if we just pay attention. Once we are consciously aware of that pull within, we can begin to let it go.

The third is the belief that “fear is inevitable”. That’s how the world was ruled for 2,000 years. It’s been so successful, it’s almost impossible for us to conceive of a world without fear: fear of death, fear of not having enough or missing something, fear of not being loved or of loving, fear of judgment from self and others. Fear has been so pervasive, we’re used to it and, most of the time, don’t recognize it. So start recognizing what we’re afraid of and take that fear down to its core to find out why. Why are we afraid of someone intimidating us? Probably because we were thrown off of who we are or not accepted for who we were when young (in this life or the last), or something similar. We can’t consciously remember the damage but it’s there. Realize our fears: what’s ours from within and what’s coming from the damage that others carry. Strengthen belief in self then nothing is fearful.

This is only one month even though it will seem like it’s a year long. We’re at a turning point. We can feel it. It’s the gate to summer and the rest of 2021 coming into order from the chaos of the first five months. But this isn’t the month of action. It’s the month of survive! Turn inward and listen to self. Our inner voice and intuition always tell the truth.