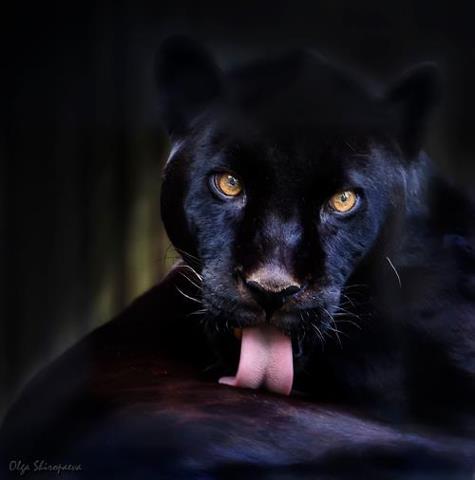 Energy Shifts and Self Care

Anyone notice how much fun the energy is these days? Obviously, I’m being facetious. This is the longest and most difficult January I can remember.

Being motivated is next to impossible. Yet the pressure is on to do something, to go somewhere, to feel better somehow RIGHT NOW! We’re experiencing a lot of self-judgment, which some people take out on others. That makes staying in balance a lot harder as we deal with our own stuff and someone else’s issues at the same time.

“Should’s” and “why’s” are all over the place in an unusually intense way: “It should be different (or easier or faster)”, “I should have love in my life by now (or a better/different job or more money)”, “Why are things so difficult?” and “Why can’t I get/have/do what I want?”

Patience is completely lost. One day can feel like a week or a month, especially when the energy around and inside us is so uncomfortable. We want it to change and it doesn’t.

Everyone is going through this on one level or another. Just know that the difficult and uncomfortable feeling is merely us being smack in the middle of some mighty heavy transformative shifting.

Remember the December 21, 2012 energy shift? Not so long ago and yet it feels like months if not years. We’re still in that limbo between the end of one Era-Age-Day-of-Mankind-Precession-of-the-Equinoxes and the next. Since the end of one thing always starts another, we have an innate expectation that the New Age should be making us feel better by now.

Wait for it. We’re not that far away. A couple of weeks is all, which can still feel like a couple of months, so hang in there and try to keep things in perspective, especially emotional over-reaction to anything that is upsetting or seeming to keep us from what we want.

When the Earth re-birthed herself, her vibration changed. Intensely. It lifted to a higher level that we are still catching up to, trying to sync up with. We have a natural knowledge that if we don’t vibrate at the same level as the Earth, we don’t belong. That’s when dis-ease runs rampant in both body and mind. We are working desperately to match the Earth for our own survival and the natural progression and transformation of Humankind.

There are ways we can assist this (keep reading, I’ll go into them), but we also do it naturally. Like the body taking over when giving birth…we are in a similar state of change. And it’s uncomfortable especially when we’ve never made a change this profound in conscious memory and we are seemingly not in control. We’re in unknown territory. Add that to the various levels of how people are adjusting or not adjusting and it’s just plain awful.

We’re all moving into our own higher vibe, which we’re also trying to refine. That vibe increases our sensitivity, our awareness, our psychic consciousness and our connection to all life: people, animals, the Earth, our universe. Our five senses are heightened. Just on the physical side, my sense of smell is more acute than it’s ever been. So is my sense of hearing and feeling the vibrations around me. On the spiritual/psychic side, I’m more in-tune than ever with the non-physical vibes but trying to stay focused is ridiculously difficult. All of It is great and obnoxious at the same time.

But, as I said, we’re almost out of this phase. February 10th starts the Chinese New Year (Year of the Water Snake). With it, we get into that new kinder, gentler energy we’ve been waiting for.

In the meantime, here are some tips on making it through the next two weeks:

Play classical music, preferably Mozart, Vivaldi or Beethoven. It re-syncs our vibrations on a cellular level. Play it as much as possible, even if it’s low in the background. Play it while you sleep, while you’re away from home (to re-sync the energy in the house and for pets who stay at home) or while you do other things. Use it for quiet time, with or without meditation, to have an immediate re-sync in really difficult moments of the day.

Even though I am not a proponent of having any variety of headphones on as it takes away contact with the ambient world, I now suggest you use them to play classical music directly into your head to help you re-sync faster and in spurts as you need it.

Eat really well, mostly dark leafy greens. This may be difficult right now as the challenging energy usually causes a desire to eat heavier foods for grounding. Even if you can’t get away from the heavy foods, have at least one meal that is devoted to dark leafy greens.

Eating well also means avoiding as much sugar, wheat and dairy as possible.

Honor your body if it wants to sleep or rest a lot more than you’re used to, or than you think you “should”. We do so much of our re-syncing work while asleep, so there is a lot more going on at night or during a nap than just catching up on z’s.

Honor the changes that are happening within, the extra sensitivity you might be feeling. It’s not going to go away because we don’t want it. Embrace it as much as possible and think of ways the changes are helpful even if it seems we didn’t ask for them. We did, but we may not be consciously aware of that.

Recharge however you normally do but be aware that the charge won’t last as long as it usually does. So don’t judge yourself for not having enough energy. The majority of our energy is being used on another level.

Be kind to yourself and others, even others who are not kind to you. If we think that everyone has gone through trauma, like war, and we’ve all got Post Traumatic Stress Disorder, we certainly would be kinder and more patient to ourselves and each other.

Be very kind to your animals. They are taking the brunt of these changes on themselves to make it easier for us. Many animals are now manifesting physical issues because they’re absorbing so much of our out-of-balance energy. They will also get a break when the energy shifts on February 10th. Take extra special care of them in the meantime.

Basically, hang in there and know that these times are incredibly difficult. Since most of the difficulties we’ve faced over the last 2,000 years have been on the physical plane, like war or famine or poverty, this new non-physical/spiritual shifting is an unknown and, as a rule, most humans don’t like the unknown. We have no control, no touchstone, so we get testy and afraid.

But, as I have said before, we asked to be here at this time. We may not remember it, but it is a great gift and burden to be here now, to make these changes now. What we do with this shifting energy defines Humankind for the next 2,000 years and beyond.

We’re more than up for it. Take it head on instead of letting it take you. And know that this difficulty is temporary, even if, in the moment, it certainly doesn’t feel like it.

With much love and gratitude…