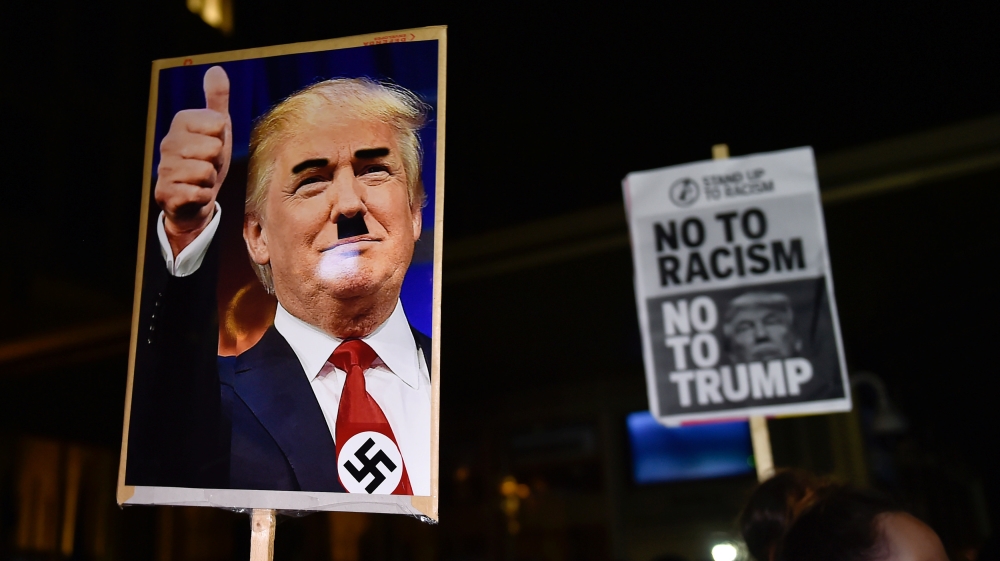 THE MICRO/MACROCOSM OF IT ALL

Here we go. Crunch time. While this last week has been crazy, scary and dangerous on the world front (and for many on the personal front), in the big scheme of things, it’s all in line with where we are and where we’re headed. While I’m talking about the personal stuff in this post, I will also be talking politics. If that offends you, skip that part when it comes later on.

First, let’s talk our individual immediate future. The most in-your-face three weeks of 2018 starts this Wednesday/Thursday, July 25/26, as Mercury retrogrades for the second (and hardest) of its three turns this year. We’ve already been feeling it. As the lead up to Mars retrograde was kicking us in May, even though the official start-date was June 26, so the Mercury effect has been on us for several weeks. Both will be felt long after they go direct (Mercury on August 18/19, Mars on August 27). Expect the smoke to clear by the Autumnal Equinox on September 22 followed by a big-release Full Moon on September 24 (a great day to plan a Release/Transformation Ritual/Celebration).

On Friday, July 27, we also have an excellent Full-Super-Blood-Moon with the longest Lunar Eclipse so far of the century. The combo of Mars and Mercury retrogrades, the intense Karmic-Catch-Up-Month-of-August and the Karmic-Catch-Up-Year-of-2018 is more than enough to force us to transform. Then the Full Moon/Lunar Eclipse shifts it into a higher gear. We are facing our Shadow Selves on all fronts – who we are in our souls vs. who we have adapted ourselves to be because of society. But societal norms are changing so fast we can barely keep up. This time gives us its Master Class with no real option to fail.

We will be very emotional this week, especially late Wednesday going into all of Thursday and most of Friday. We will feel very testy, sensitive to our own energies and particularly how we are affected by the energies of others. Patience and understanding will feel almost non-existent. Inadvertent meanness will be hard to avoid. It will be difficult to be consciously in-touch with all that we feel, but that’s the goal: to be self-aware of how and why we’re reacting to others and to how and why others are reacting to us. If we get mean and realize it after the fact, apologize or fix it. What we do now is important. Both the energy of others and the energy of self are highly focused mirrors that show us who we are and what we need to work on to manifest that truth.

The biggest challenge in these three weeks is for everyone (men and women) to step into the new vibration of male awareness. Even though that’s a Mars retrograde lesson, in this case, the typical Mercury retrograde difficulty in communication, travel, and electronics becomes about those Mars lessons. Mercury becomes a compliment to Mars, or rather, ups the Mars challenge by taking the self-focus mirror-effect to a significantly more advanced level.

We’ve been working on that for a while, not just since we entered the Aquarian Age in 2012. This shift has been presaged since the late 1800s. The lessons to help us grow have gotten stronger and stronger until we’re now in this back-against-the-wall, tough-love opportunity to wake up or get kicked out of line.

SIDEBAR: Our growing-into-human-being situation is as if everyone on the planet is standing in a single-file line by degrees of enlightenment, with the most enlightened in the front. When the most enlightened person at the head of the line takes a step forward (meaning learning a profound lesson, growing up, becoming “aware”), every individual in the line also has to take that step forward before the next step in awakening can take place.

However, now it feels that everyone either has to take that step forward or they will fall out of line. That means those who choose to stay in fear and stubbornness when the totality of the energy around them has already changed will be the ones falling out of line and no one can/will help them. They still have personal guides, angels and ancestors to work with them, but their connection to humanity will be greatly affected since they want to perpetuate their importance as “mankind”, i.e., man is most important over all else, the “me more than we” concept of the Piscean Age.

Men not only have to grow up emotionally (something not required of them during the Piscean Age), but have to break out of the standard, traditional male role to become human beings. While female energy has its big test with Venus retrograding in October/November, women are now being faced with what the new male role is. That can shake many women who consciously or subconsciously like or are used to the Piscean Age man-in-charge concept. So be consciously aware of how we see ourselves in every situation – with friends, in love relationships, our position in work or our spiritual understanding. Basically, let these lessons help us know our true selves and act on making our humanity manifest.

MACROCOSM (HERE I GO WITH THE POLITICS)

In the macrocosm of this time, we can see the intensity of the fear-of-change reflected in how absolutely crazy, scary, dangerous and abnormal things have been this last week in politics. From my upcoming second book, Into The Aquarian Age, Coping With The Consciousness Shift, I write:

“Back in the 1980s when I first met my metaphysical mentor, we spoke repeatedly of what was going to happen in the world. She introduced me to the concept of an energetic and vibrational change vs. a physical one in the then-upcoming “End of the World” concept for the Mayan calendar’s December 21, 2012 transition.

“She said that we didn’t need to have natural disasters to change us, as so many feared. One of the things that was going to happen with us being at the extreme breaking point of how our society had developed in the Piscean Age was that our political system would have to fall apart in order to be rebuilt by those with the new vibration.”

We can see that “falling apart” happening on a day-to-day basis. Look for it to get intense in ways that can be very scary between now and the end of August. It’s getting more and more ridiculous that our president can blatantly say and do absurd, racist, sexist, gender-ist, anti-American things and get away with them. But, actually, that’s the point.

If we’re worried that what Trump has done in the last week shows there is no hope, realize he’s completely necessary to reach everybody. Every person who clings to Trump’s Piscean Age “leadership”, who is struggling to keep things the same instead of embracing the new vibration, is going to fall out of line and will have lost their opportunity for significant growth in this life. It will get worse because it has to. It has to reach everyone. It has to give everyone, even the most stuck “me-above-all-else” person the opportunity to grow.

The Republicans in Congress who were blatantly, openly, and loudly saying treason when Trump threw America’s intelligence community (and basically America) under the bus by siding with Putin over their Russia-interfering-in-our-elections findings, mostly walked back on their outrage when Trump pretended to walk back on his original statement. Further, Trump was ready to throw diplomats and American citizens to the Russian wolves by offering them up because Putin asked for them (his enemies) to be brought to Russia so he could question (read punish/imprison/kill) them. He didn’t but he was ready to.

There is no reason to be surprised that Putin owns Trump – we all knew that. Because he’s proving it now when we’re all feeling lost and need a strong leader makes it worse, makes us feel more lost. But it’s all part of the bigger picture of change we’re in right now. We no longer need the “Father Voice”. We need to find our own voices. And this time, there will be an end to the Aquarian Age hand-holding.

Last year on August 21 when the total eclipse passed over the United States, the Earth pulled back her caring for us to make us figure it out ourselves. Sometimes, being left to our own devices and our own destructive tendencies is the only way we can learn. The Earth is letting us face our negative lessons ourselves because her positive lessons weren’t getting anywhere, even though she gave us plenty of time, hints, and warnings.

Just because the lesson is in front of us, doesn’t mean we always take advantage of it, learn it or adapt to it. This year, this time we’re in during the summer, is so important because the energy of the Earth, the energy of mankind into humankind, is coming to an end in assisting the individual in getting the lesson. The Aquarian Age brings the consciousness of we instead of the Piscean Age me. If an individual chooses to not get that, to not see where he or she fits in the global humanity of WE, they will fall hard and fast (which may not seem fast enough as it can still take years).

As the Earth stopped her hands-on-care-taking, the Aquarian Age energy shift will no longer be carefully, gently offering a lesson. There comes a time when putting special attention on a problem individual to help that person understand and grow becomes detrimental to the whole, it slows everyone’s growth down. The “whole” in this case isn’t just people, it’s all life and the Earth herself. The destructive Piscean Age left-over bullies standing in me first, so brilliantly represented by our president, will be left to their own devices as humanity rises and mankind falls.

Not long after Trump was elected, I received info from my Guides that his presidency would last two years and three months from his inauguration. My inner awareness that recognizes the vibration of truth shudders when anyone talks about his “four years” in office – not because it’s an abhorrent thought (which it is) but because it simply is not true. That hasn’t changed even with all the fear-based non-action that has happened since he was elected.

Getting messages about time frames brings results in two ways. First is that the events and revelations needed to achieve the “seen” outcome can shift the end-date based on free will and personal growth, i.e., seeing a couple can work out their differences by their anniversary can be changed if either of them choose not to do self-work. The second scenario is that the end-time is fixed so events and revelations must happen to bring that result in on time.

I believe we’re in that second scenario. So look for this crunch time to bring more dangerous ridiculousness to the surface because it’s the only way we get everyone to pay attention. We’re in the Gauntlet right now with the big push coming over the next three weeks.

For many who have already done personal inner-work, this time will be hard because the thought will be “When will they (those choosing to be stuck) get it?” We’ll do our own self-judgment first, however, because that’s our way. Be aware with better observation than that. See the big picture and avoid giving in to fear.

We all make it. Even if we have to leave this life completely stuck, we will get the opportunity to face the lesson again and again until we get it. It might seem like we’re moving backwards right now but really the only way we move is forward, sometimes with a little help by remembering the backwards.