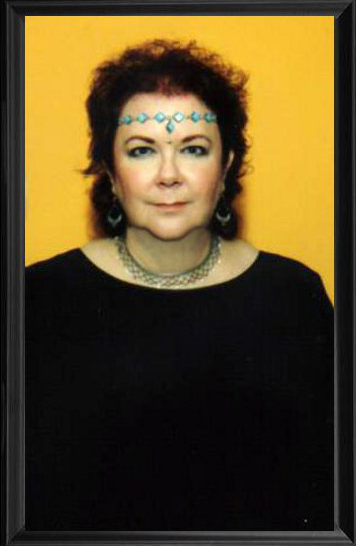 I have worked professionally as a psychic since 1989 however I’ve had psychic experiences for as long as I can remember.  I was raised in a Christian/Yankee environment but even as a child I could sense energies around me, i.e. the spirits of once-living people, non-human guides and angels.  I could feel what others felt and pick up their intentions.  I thought everyone could do what I did. When I found out they couldn’t and that it wasn’t accepted within the culture or the church, I didn’t deny the feelings, I just stopped sharing them.

I didn’t understand what the gifts were or how to use them until I was in my 30’s when Carolyn Rehart came into my life and became my mentor.  She was (and is) a brilliant Astrologer and Numerologist who also knew the Tarot.  I had been dabbling with the cards on my own but needed guidance so when she offered a Tarot class, I took it with enthusiasm.  It was very easy for me to pick it up.  I studied with her for a full year going through the basics of Tarot, Tarot and its relationship with Astrology and finally, Tarot as influenced and based on the Kabbalah.  I currently teach the Tarot in much the same way that Carolyn taught me. I started reading professionally immediately after I “graduated”.  When I began, it was for friends and friends of friends.  But my client base grew.  I expanded my awareness by reading the classic metaphysical, Theosophical and alchemical authors (Steiner, Blavatsky, Fortune, Crowley, Regardie) as the metaphysical revolution that would bring the newly enlightened books of the Aquarian Age was years away.

Throughout this time of psychic self-discovery, I also studied Wicca and many subjects that would be considered part of the “New Age” enlightenment:  crystals, color therapy, meditation, animal communication, energy work, etc. which all seemed to fit together very easily for me.  Again, this was before a lot of books were out, or teachers were available, so I learned from communicating with the energies who taught me directly – my guides, angels and ancestors.

By 2001, I had gotten out of a thirteen-year relationship, lost my beloved father and moved my mother cross-country to live with me in California.  I spent the next three years on the most difficult journey of my life:  being her primary care-giver as she slowly died of Alzheimer’s and Dementia.  During that time, as a kind of salvation, I applied at the Psychic Eye Book Shoppe to be a Tarot reader (it was impossible to hold down a nine-to-five job with the demands of my mother’s illness).  When I dropped off my resume, I was told they didn’t have any openings at the moment but would keep my information on file.

Five months later, I was at what I thought was the end of my rope in dealing with the extremely difficult situation with my extremely difficult mother so I did something I had never done before.  I did a special meditation that had been taught to me by an adept.  I drew in all my energy and emotional concentration, called in the Christ and, laying myself bare without anticipation or expectation of an outcome, asked “Please put me where you need me to be.”

This was not easy.  I had long ago turned away from church teachings – not from Christ or God but from the religion created by man.  And the names “Christ” and “God” themselves held negative associations because of the hypocrisy of the church.  Asking for help from the Christ was not something I was comfortable with. And, being a powerful Scorpio woman, stripping myself to nothing and asking for help at all was way outside my comfort zone.  But I was desperate and needed help. So I dropped my ego and asked.

The next day, the Psychic Eye called me in to interview and I started work the following week.  That was in 2003.  I consider that one of the most powerful manifestations of Divine Intervention I’ve ever experienced. Talk about jumping into the psychic fire.  It’s one thing to read for maybe five or seven people in a week; it’s quite another to have that number or more in a single day.  The demand caused me to stretch my psychic muscles in a way I’d never done before, and my guides, angels and ancestors stepped up enthusiastically.

In my first week at the Eye, a client asked me for a book recommendation to help her develop her psychic gifts.  Not knowing what the store had available, I said I’d get back to her then went browsing and found “The Finding of the Third Eye” by Vera Stanley Alder.  I skimmed it to see if it was what my client needed and got so involved, I read it in its entirety in two days.  It explained everything I had thought and felt about life, the universe and everything, and tied it up with a vocabulary and understanding based on ancient texts.  That book – which was written in 1938 and was still relevant the day I read it – opened psychic doors for me that were so profound, once I finished it I felt like I was walking three feet off the ground for months.  And from that time to now, my gifts have been expanding and honing exponentially.

When someone comes to me for a reading, I first ask them for their birthday.  That serves two purposes – it gives me a little info on their basic traits and helps me in my own on-going study of Astrology.  I then close my eyes and concentrate on creating a safe energy between the client and myself to draw in their guides, angels and ancestors.

When I do that, I can immediately feel the other person, their emotions, fears, openness and I can sense their guides, angels and ancestors.  I don’t necessarily hear thoughts, I feel what they feel.  It’s called clairsentience – to sense clearly.  It’s my forte.  Clients ask questions if they have them, and by connecting with their guides and mine, and the energies of the people they ask about, I do as many Tarot spreads that are necessary to answer them.  I also do an Astrological spread which covers a little bit of everything in their lives if they don’t know exactly what to ask.

In the past several years as my gifts have grown with constant use, I’ve barely needed to use the cards at all. But I love them – they are dear old friends and have taught me so much. I’ve found most people like to see the spreads even if they don’t know what they mean.

I work a lot with past lives and how they influence the present.  Seeing past lives is very easy for me.  I let my mind open like a blank movie screen behind my eyes and wait for the pictures and the feelings.  As they come, it’s like I’m back in whatever time I’m accessing and I can see and smell and feel everything about that life, the path my client took back then, the people from the present who shared the life and, frequently, how my client died, if it has relevance to their present situation. It’s my version of accessing the Akashic records.

Some of the past lives I remember for myself bounced me between an arc in the military (I’m especially good with weapons this time around) or serving as an Oracle or soothsayer in ancient times, which is probably why the Tarot was so easy for me to learn.  I share this knowledge or accessing past lives with people in a class that includes a Past Life Meditation so they can learn to find their own histories.

I’ve done a lot of work in understanding the changes we as humanity and the Earth as a living being are experiencing heading in this powerful change of one two thousand year-long astrological Age into another (moving from the Piscean Age into the Aquarian Age on December 21, 2012).  Working in public environments like the Psychic Eye Book Shoppe and The Green Man store, and seeing so many clients in a single day, gave me the ability to see patterns of change as they occurred.  On my own, I still see the patterns by knowing what to look for and through simple observation.

I prefer the term “Spiritual Counselor” or “Psychic Advisor” to “Tarot Reader” or just plain “psychic” because I feel what I do is much more than just seeing the future or how an ex-lover feels about the client.  And unfortunately, being psychic still is either a joke or a curse to a lot of people.  Plus there are many psychics with great gifts who wrongly use them for their own personal financial gain at the emotional and spiritual expense of their clients.

I know I have been given a wonderful gift that comes with serious responsibilities.  I don’t take them lightly but I also don’t present the information too seriously – people are afraid enough as it is without being scared that I’m going to tell them something they can’t handle.  Knowing what’s going to happen is one thing, knowing how to tell the client so it helps them is something else.