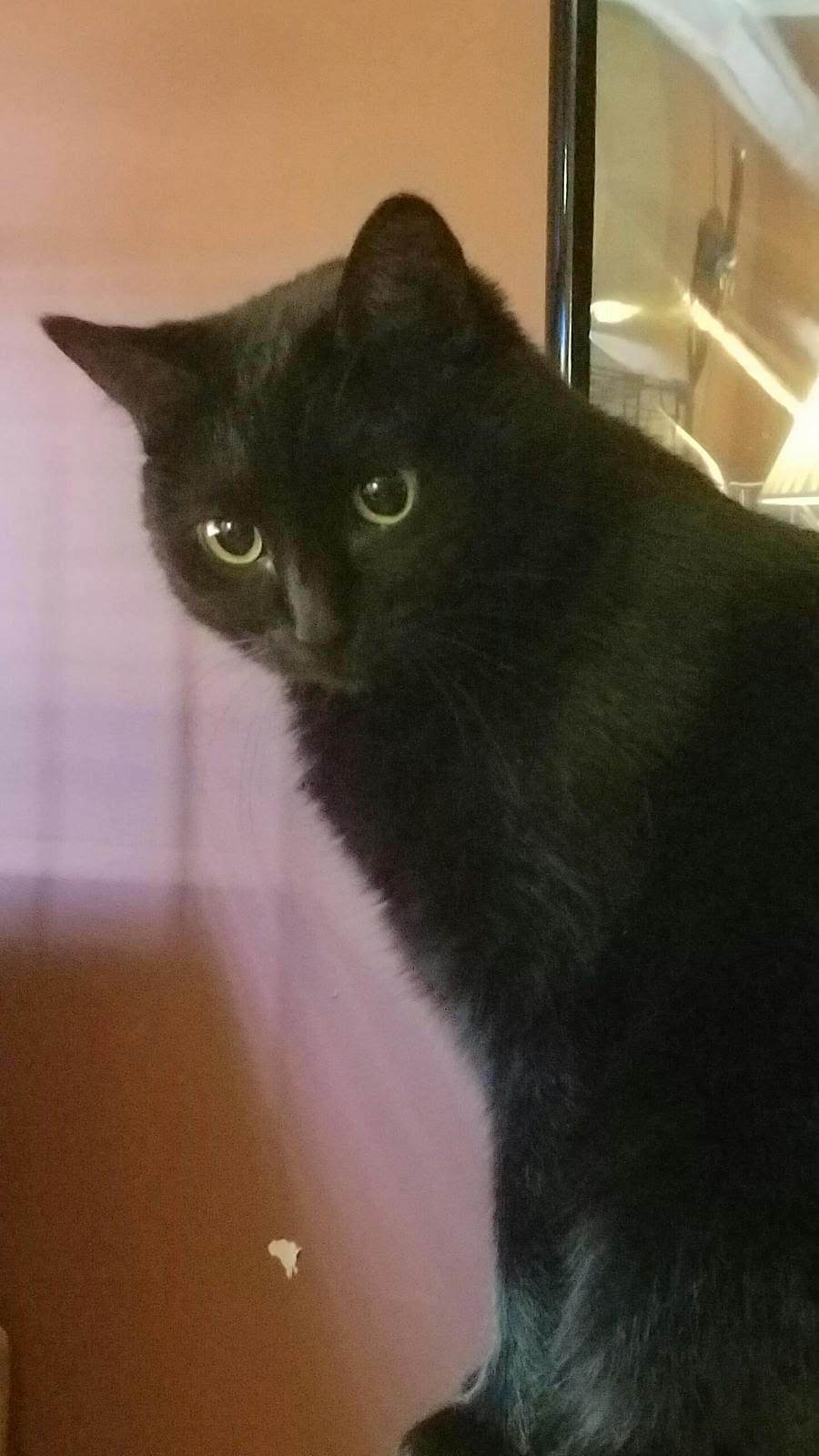 FIRST OFF – ON ANOTHER SUBJECT

Anyone who has been following the activity on Capital Hill last week with the Tax Bill escapade that has been so popular with big donor-influenced Republicans and so unpopular with everyone else, please be aware that the passing and signing of it happened in a Mercury retrograde!!! The first rule of Mercury retrograde is that you never sign a legal document. And this is a big legal document! That means there will be constant problems with the bill that have yet to be seen, and it will more than likely be completely reversed at some point.

Also be aware that we’re coming into the last five years of Pluto in Capricorn (a fifteen-to-sixteen year journey) where corporations thrive and rule. So this Tax Bill, that is so heavily profitable for corporations, is part of that energy.

As usually happens when power becomes unlimited, right now with corporations, the pendulum swings completely into that power before it heads back in the other direction. By 2023/24 when Pluto moves into Aquarius, we will see more power to corporations as the pendulum reaches its most extreme, and then the “little-brain-controlling-the-big-body” dinosaur analogy will take over and corporations will fall and cease to exist as they do now.

This won’t transform overnight, but it will be clear when it’s happening. As the Piscean Age male energy is right now fighting so hard to maintain traditional control (and losing the battle), corporations will put up a big effort to stay in control before they lose it.

More on this when I write about what’s happening next year (coming soon) because 2018 is going to be a very interesting year. In the meantime, enjoy the holidays. After 2016 and 2017, we need the down time.

A STORY OF HEALING KINDNESS

This is Lizzie. She is two and a half. November of 2017 was her two year anniversary with us. I adopted her when she was a little over five months old from a rescue group in Austin. She was “on display” in a Pet Smart store sponsored by Thundering Paws Rescue.

I saw her when I was cat-food-and-litter shopping. I gave her a glance at first, because I’m drawn to black cats (even though she is technically a tuxedo as she has two little white spots on chest and tummy). With three cats at home, a glance was all I was prepared to do. But when I went home, she stayed on my mind. I looked her up on their website, saw her sweet little face again and an idea began to form.

Gus, my oldest kitty at nineteen, had been having health problems on and off for about a year. He and Emma, both tuxedos, hung out together. Because of a series of stressful incidents, Katie, my Bengal tabby, and the tuxedos were kept separate. I knew Gus was going to leave soon, so I started thinking that maybe Lizzie would be a good choice to keep Emma company when Gus was gone. So I adopted Lizzie and brought her home. But…best laid plans…

Lizzie was an aggressive little thing. I noticed that when I first met her at the store. She and other adoptable kittens were put together in a play area and Lizzie really wanted to play. There was a bully attitude to her actions, but I put that off to her having been kept in a cage most of the day and feeling rambunctious when she was “free”.

When I brought her home, I first kept her separate from the others in the master bathroom so everyone could get used to each others’ smells. When I finally introduced her to Gus and Emma, she aggressively demanded to play with Gus, who ran and hid, and irked Emma so much, Emma, usually passive and docile, aggressively went after Lizzie. Not a great first meeting. I tried in different ways to let them get used to each other, but it didn’t work.

Lizzie showed that her bully attitude was far deeper than I had thought. Through observation and connection with her psychically, I got that someone had roughly played with her before she came to me – like covering her head with their hand, thinking it’s cute when the kitten fights back. They didn’t really take into consideration that she didn’t like it or that kitten claws and teeth become cat claws and teeth and they were training her to be mean. They obviously gave her attention (petting and play) but then denied that, not on purpose but because they were busy with other cats. That broke a bond she was forming with them, so it was harder for her to trust and bond with me.

And from the way she went on the attack when I tried to pet her tummy (which my other cats love), I got a hit that there had been no one to comfort her after she had been spayed. She had built a hard, angry, self-protective exterior that seemed impossible to get through.

I know she wasn’t mistreated at the shelter, but I felt that while Thundering Paws saved her and gave her an opportunity for a good life, her personality and energy had been greatly and forcibly contained. With a kitty like her, that was a bad combination. They had saved her, but in the way they had to take care of her, they had also damaged her.

Lizzie continued to be very, very angry when I tried to pet her. She’d even get angry when I played with her if I stopped before she was ready to quit and she’d attack and bite me in response. When I wouldn’t let her bite and claw me, she got even more angry. My stern voice to get her to stop, which worked on other cats, only made her more angry and more aggressive. Playing dead with my hand so she would stop attacking me didn’t work either. Neither did a soft and gentle approach. After being ripped to shreds many times and being unable to reach her, I also got very angry.

For the first six months, it was a struggle to like her. She would have her sweet moments; they were usually when she was just waking up, but then she’d immediately turn aggressive if I tried to love her. With all the cats I’ve rescued or adopted from a shelter, I never encountered such angry self-protection and what seemed like revenge against me for what others had done to her. While I could have taken her back to the shelter, I knew that if I did, she would be a very angry and unhappy cat all her life.

I stopped showing her affection because all it got me was clawed. Gus died three months after Lizzie joined us, and Emma preferred to be on her own. Fortunately, Lizzie and Katie bonded, which surprised me because up til that moment, Katie didn’t want to have any other kitties in her space. I belonged to her and no one else needed to be involved. I watched the two of them together, which was sweet, but I wasn’t part of that. This went on for several more months until I could feel my resentment toward Lizzie was giving her new reasons to be angry.

Then I thought that if she didn’t like me at all, what kind of life is that for her? I remembered a time when I was in a difficult, abusive situation with a guy and financially unable to move out. If she felt trapped and oppressed like I did, that was no way to live. I felt if I didn’t change things quickly, she would get so set in her ways, reaching her would be impossible. So I changed my energy. I put all my concentration on understanding how she must feel when I treat her like she does everything wrong and I don’t love or understand her.

So I tried the “Kinship With All Life” approach (one of my favorite books by J. Allen Boone that teaches how to communicate with animals). The first lesson is to appreciate the “subject” for everything the subject is. It wasn’t just understanding and accepting her, it was seeing her mean, self-protective strength and resolve as an asset. She had excellent strength and resolve and was reacting to what she had known. It was time to give her another reality as she didn’t know how to let go of the old one.

I started by being extra kind to her no matter how she acted. I stopped trying to pet her on my schedule. If she did get hold of my hand to bite and claw at it, I removed it and turned my attention elsewhere, in essence putting her in a “time out”. I would praise her for her inner strength and told her over and over how sweet she was even when she wasn’t acting that way. I complimented her viciousness as a great defense mechanism that had helped her survive.

I told her how sorry I was that she had to go through what she did before I got her. I told her I wanted her and loved her and I was so glad we had found each other. I told her she was beautiful and cute and sweet and smart. I developed several affectionate terms for her and praised her all the time. I started playing with her for about half-an-hour before bed. It wasn’t just to wear her out, it was to bond.

With all of my words, I also sent her loving energy so my intention, emotion, aura and words were in harmony. I did it all the time. My only words for her were loving and supportive.

And gradually, she began to change. The first indication that she was responding was her not needing to bite me all the time in response to something she didn’t like. Then even the random biting subsided, except when she got really wound up. I tried to always be extra calm around her, although there were times when my temper would flare just as hers would. But I persisted in kindness.

In this last year, the change in her (and me) has been tremendous. She wakes me up with purrs and head butts and nibbles (she didn’t purr at all for the first year). She’s with me wherever I am (unless she’s hunting bugs in the attached garage after dark). If I leave the room where I was and she can’t see me, she’ll come to me – not out of fear, but out of companionship. She talks to me when she didn’t at all for the first year. She helps me with readings. She recently started sleeping with me in bed or on the couch when I take a nap.

When I take liberties, like loving her when her attention is elsewhere and therefore distracting her, I offer her my hand to bite as “punishment”. Those bites are now no more than obligatory, are replaced with gentle licks and sometimes don’t happen at all. Every once in a while that stubborn nasty streak comes out when I’m doing something and she wants to play or I stop playing before she’s ready. That will just take consistency of kindness on my part to have the behavior become part of what happened to her in her past.

On a day to day basis, people rarely get a chance to do any healing kindness that makes a huge difference with others because we don’t get the kind of concentrated time I have with Lizzie every day. But that doesn’t mean using kindness to heal or make any relationship better should not be tried.

May your holidays be filled with genuine kindness and generosity, and a sure knowledge that we all deserve both.