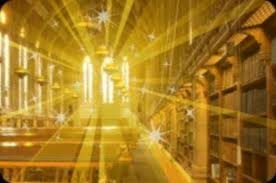 Here is the continuation of general predictions for 2013. Not everything lines up with what Lillian Too says of the Year of the Snake from the last newsletter, but I feel it’s good to get perspectives from all sides.

On Saturday, December 29th, 2012, the night after the last full moon of the year, my Drum Circle people and I got together to do a meditation to see what we could see about the coming year. We visited the Akashic Records and asked what would be happening for the world and humankind in general, then for ourselves. Oddly, everyone got very clear messages about the world and humankind and very little for ourselves personally.

The main themes that came up were a changing of how we perceive money and growing spiritual awakening. And it’s a big year for water and liquids.

Consistently, we saw the theme of financial difficulties – not for individuals but for the entire world in how we are inundated with the concept of the importance of money and the fear of not having it. We will be getting more of an understanding of money as energy that flows and not as a commodity that we need to hold onto.

When the Wall Street “crash” happened a couple of years ago, I was told the reason was because there were no women (or balancing female energy) involved, or rather, few enough to shift the pervading accepted conventions. The male energy got away from itself with primal chest beating escalating until it had no where to go but hit beyond its peak and crash down to bottom. If more feminine energy had been involved, the escalating would have been leveled out. But that was one of the lessons of the Piscean Age we had to experience in order to get the point.

With so much water/feminine energy flooding in this year, how money is perceived is going to be different. That makes it difficult for the masculine in accepting that their power-over entitlement and what has become an identifying factor in their ego-awareness are going to shift dramatically. Most of the problems this year come not from the concept of money being re-envisioned but from the people who are terrified that it is and act out in what they see is rabid defense of their own identity.

If we don’t get these lessons voluntarily this year, they will be given to us anyway, like the “crash”. It won’t be as severe but it will be hard on those who want to rebuild what was, even though what was had gotten to a point where it didn’t work. Moving forward by recreating an old way that failed is just asking for more failure.

The months that were outstanding to us as hot spots of financial trouble were April, August and November. Clarity on details comes as we get closer to those times. Again, as we saw that this wasn’t just for the United States but for the entire world, the theme includes discovering how we are all connected in a much deeper way.

That segues into our expanding spiritual awareness. Many confuse religiousness with spirituality but that is not the case. Organized religion has given us discipline and structure that was so needed over the last 2,000 years, but this New Age is going to be more about every individual’s connection with Spirit (i.e. Creator/God/Goddess) without having to go though anyone or anything to get there.

In times gone by when people gathered into tribes, there was always a ceremony for youth to test themselves, to find themselves as individuals and how each connected to the tribe, the Earth and Creator. In some cases, it involved a level of survival and intense lore-learning. It was always a spiritual experience because life and spirituality were one in the same.

As we’ve become more “civilized”, most have lost this connection. How many people do you know who are very well versed in the Bible or the teachings of any sect of the Christian church and yet have no soul-knowledge of what they’ve learned? They know the words and the stories but have never experienced the lesson taught or wisdom shared down to the core of their being. The last 2,000 years were set up that way as mankind was going through very dark soul days and religion was a way of giving us hope and something bigger to hold on to.

Now is the time for a graduation, a Vision Quest for each of us where we discover our personal connection to our individual tribes, the Earth and Creator. It may come in having more compassion for others, seeing the world more fully, being aware of growing psychic abilities, even to having one or more spiritual encounters with guides or angels in dreams. Each individual has their own personal experience; none will be the same.

Be aware as this happens, with not everyone on the same level or speed of awakening, many will clutch their religiousness to them like armor and be very defensive, sometimes aggressively and violently so. The same as with money…the more people are threatened by change, the more rabidly they fight for things to stay the same.

As we are now in the sign of Pisces, our first water sign of the year, be aware that an inner searching and understanding on the deepest levels has kicked in. Just let yourself experience it instead of sweeping it away because it’s different. The key to this and everything this year is love: understanding, experiencing, accepting, giving and getting to that core knowledge that all of us are connected by it.

And finally, as Annie Bones and her Celestial Forecaster are unavailable while she recuperates, here is what Llewellyn’s 2013 Daily Planetary Guide has to say about this year (warning: this will probably make more sense to the Astrologically inclined.)

“In 2013, a majority of planets will be traveling through the zodiac in water signs: Cancer, Scorpio and Pisces. Water is the essential ingredient of every life form on earth. It not only covers 70 percent of the Earth’s surface, it also makes up 70 percent of the human body.

“Astrological wisdom tells us that the element of water symbolizes the feminine or lunar side of life, the side that calls attention to inner wisdom, women and healing. The majority of planets in water energies in 2013 is an indication of a major shift away from solar/masculine power towards lunar/feminine power.

“This water emphasis also signals that women (or men with a prominent feminine component) will rise to positions of power this year. Other possibilities of this water emphasis include global healing, rising sea levels and flooding and skyrocketing prices of liquids like oil, gas and water.

“Planets and Points in Feminine/Water Signs This Year

“Although the Moon’s nodes are not planets, they represent important Sun/Moon crossing points. Traditionally the Moon’s North Node points to the future. When the North Node is in watery Scorpio, as it is this year, it indicates that we are reaching an intensely powerful and serious crisis point where change is inevitable.

“The Mercury retrogrades in water this year will triple the time Mercury spends in water signs, where our mental energy and style of communication are based on emotions rather than reason. (The first is from February 23rd to March 17th.)

“The year 2013 will also be host to three (of twelve) Uranus/Pluto firefights that began last year and will continue until 2015. These Uranus/Pluto squares indicate a continuation of global protests and political rebellions that have already characterized the past few years. With an overemphasis on emotions combined with unpredictable violence, it’s not hard to see that 2013 could possibly be a year when the floodgates open.

“But every dark cloud has a silver lining, and there is a very, very bright sign in the sky to look forward to at the end of July. That’s when a rare alignment called a Grand Sextile will occur. Seven out of ten planets will be actively involved in this positive design. The Grand Sextile is composed of six sextiles, two easy Grand Trines, and the oppositions. Since all the players in this Grand Sextile are either in earth or water signs, this alignment is a sign that the feminine force is gracing the planet with a tremendous flow of healing energy.

“In ancient tradition, water was ritualistically used to wash away the sins of the past. If all goes well, this will be done in a gentle manner, so there won’t be a need to recreate Noah’s Ark.

“Note to 2013 wedding planners; Avoid the middle to end of December 2013 when Venus is retrograde as well as in a non-compatible sign.”

With love and gratitude…